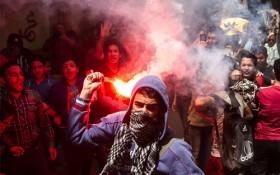 The Republican-led House Judiciary Committee has approved legislation calling on the State Department to label the Muslim Brotherhood a foreign terrorist organization.

Supporters say if the measure is signed into law, the U.S. would have to deny admittance to individuals who are tied to the Brotherhood but aren’t U.S. citizens or U.S. nationals.

Individuals who provide material support to the group would face criminal penalties.

The bill would allow the Treasury Department to require U.S. banks and financial institutions to block transactions involving assets held by the Brotherhood.

The Brotherhood says it’s a peaceful charitable political group. The group is considered a terrorist organization by Saudi Arabia and by Egypt, where former Brotherhood leader Mohammed Morsi was ousted as president in 2013.