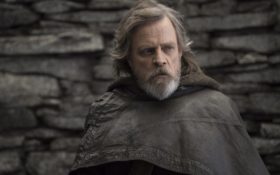 Han Solo is dead. Luke Skywalker is back, but changed. And Leia Organa’s story will soon be coming to an end.

The Star Wars that inspired four decades of passionate fandom appears to be slowly but surely fading as “Star Wars: The Last Jedi” prepares to descend on Dec. 15, giving way to a newer generation of intergalactic rebels and their foes, like Rey and Kylo Ren, and a fresh voice behind the endeavor in writer-director Rian Johnson (“Looper”).

J.J. Abrams’ “The Force Awakens” set the stage for this new era of the franchise, but “The Last Jedi” has to move it forward and keep audiences interested for the next one too.

After all these years and billions of dollars, Star Wars isn’t exactly a scrappy underdog anymore, but the franchise is in somewhat uncharted territory. The prequels did their own damage, but at least no one had to say goodbye to their original heroes.

And then there’s the seemingly impossible standard set by that other Star Wars sequel, “The Empire Strikes Back.”

Besides the main cast, filmmakers and some Lucasfilm and Walt Disney Co. brass, no one will see “The Last Jedi” until the Los Angeles premiere on Dec. 9. And determining what exactly audiences should expect is a bit like trying to assemble a puzzle with no picture and most of the pieces missing. The cast has left some adjective breadcrumbs (“intense,” ″emotional,” ″intimate,” ″cinematic”) but for the most part, it’s a mystery.

“For me, ‘The Last Jedi’ is not a particularly happy story to tell, but it’s just my part,” Mark Hamill says cryptically. Hamill, 66, returns to play Luke Skywalker after being seen in only a few frames of “The Force Awakens,” which ends on a wind-swept cliff as the young protege Rey (Daisy Ridley) approaches him looking for training from the missing Jedi. Luke and Rey are just one of the new pairings promised for the film, which finds every character out of their comfort zone and facing new challenges as the Resistance organizes to go up against the First Order.

“It’s got so much going on,” Hamill adds. “You can cut from the more somber scenes I have to the action/adventure, the suspense, the humor … I’ve only seen it once but I thought, ‘This is too much information to process.’”

The marketing campaign, no doubt playing into the tone set by “Empire,” has focused on the darkness and intensity of “The Last Jedi,” but Johnson says that’s only one element. He stresses that it is, first and foremost, a Star Wars movie. To him, that means capturing that thing that makes you want to “run out of the theater and into your backyard” to play with your spaceship toys — even without the curmudgeonly wit of Harrison Ford’s Han Solo.

“That’s what everyone was concerned about going in: How do you do it without him?” Johnson, 43, says. “I saw so much potential for humor in it. I was looking at every single character and trying to find opportunities to break the tension. I think people are going to be surprised by how fun and light on its feet it is.”

His script, which he was able to write while “The Force Awakens” was being made, took some of the cast aback at first.

Johnson jokes that he’s like the new boyfriend at Thanksgiving dinner who everyone has to get used to.

“(Rian) had a different challenge which was to expand the Star Wars universe further with more inventive ideas, taking more risks,” Boyega says. “He was a real fan. I feel like he ticked off his Star Wars fanboy theories just one by one with this film.”

That fandom has also helped Johnson, who Hamill refers to as his Obi-Wan, reach a sort of zen-like state with the film. It also doesn’t hurt that Lucasfilm president Kathleen Kennedy, who has not been afraid to make tough decisions and fire or bench directors if something isn’t working, was so pleased with their collaboration and the resulting film that she has already enlisted Johnson to develop a new Star Wars trilogy separate from the Skywalker saga (he’ll write and direct the first).

Now it’s just a matter of putting “The Last Jedi” out in the world. Financially, there’s not much to worry about — it’s tracking to open somewhere in the $200 million range (far below “The Force Awakens’” $248 million debut, but stunning nonetheless). Also box office and the expectations and hopes of a loyal fanbase, who have been burned before, are two very different things.

And with a smile and a shrug, he adds: “That’s what being a Star Wars fan is.”