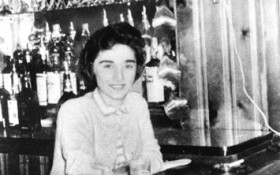 The man convicted of killing New York City bartender Kitty Genovese has been denied parole more than half a century after a crime that became a symbol of urban breakdown, officials said Tuesday.

Citing “the extreme violence you exhibited and callous disregard” for Genovese, a parole board turned down Winston Moseley’s 18th bid for release. Now 80 and one of New York’s longest-serving inmates, he has a 20-years-to-life sentence in the 1964 stabbing of Genovese and a 1968 prison breakout, during which he held hostages in Buffalo, New York, before being recaptured.

“You still minimize the gravity of your behavior and did not exhibit much insight” in a Nov. 9 interview, the parole board wrote.

It’s unclear whether Moseley has a lawyer who can comment on the decision, and the interview transcript hasn’t yet been released. In earlier parole board interviews and letters to newspaper editors, he has said he was a changed man, appalled by his violent past.

The random stabbing of the 28-year-old Genovese became an urban horror story after reports that dozens of neighbors saw the attack and heard her screams but didn’t try to help her. Details of that account were later challenged; in recent years, reporters found that the number of people who actually saw the murder was significantly exaggerated and that some neighbors did try to help.

But in the meantime, the crime led to a 1970 study that pinpointed the “bystander effect,” the concept that individuals are more likely to provide help when alone than in a group. The case also has been credited with spurring adoption of the 911 system and “Good Samaritan” laws that give legal protection to people who help those in trouble.

Meanwhile, Moseley has completed educational programs, worked as a porter and been involved in a Quaker program while in prison, the parole board said. But members also noted that he had a disciplinary knock — for disobeying a direct order — in the last two years. He’s next eligible for parole in 2017.

Fascination with the Genovese case killing endures: At least five books were published around its 50th anniversary.

During his November 2013 parole interview, he said he was weary of the attention and continued interview requests from journalists.