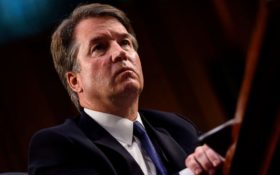 The attempt to derail Supreme Court nominee Brett Kavanaugh’s confirmation hearing has been a major focus of Democratic leadership for weeks.

But the attacks on Kavanaugh haven’t gone the way they were intended. President Donald Trump’s pick to replace Justice Anthony Kennedy is still on-track to be confirmed at the end of the week — and all Democrats have achieved is “firing up” conservative voters.

With a critical 2018 midterm election just weeks away, that’s bad news for House Minority Leader Nancy Pelosi. Pelosi has staked her political future on delivering a “blue wave” in November — but it’s Republican voters, not Democrats, that are roaring into action.

That’s according to House Majority Speaker Kevin McCarthy, who told Fox News that the Kavanaugh proceedings have ignited a firestorm among conservative voters.

The change has been “drastic” — and it’s going to help Republicans win close elections in November, McCarthy said.

“Prior to the Kavanaugh hearing, the intensity level was really on the Democratic side. More Democrats were wanting to go vote than Republicans,” McCarthy said. “Republicans thought there was not a need. But in the last week there has been a fundamental shift. People are now becoming upset.”

It’s not just Kavanaugh that voters are upset about.

“Not just at how Justice Kavanaugh was treated, but Dr. [Christine Blasey] Ford. That the Democrats knowingly had this letter, held it, and then put her though this… you did not have to do this.”

“I think the intensity level has increased because of what has transformed,” McCarthy said. “If on Nov. 7 we woke up and the Democrats took the majority, what you watched last week would be intensified for the next two years.”

Republican voters have taken action to make sure that doesn’t happen, McCarthy said.