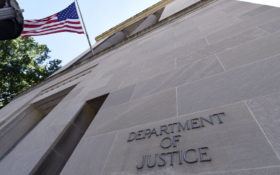 The Justice Department ramped up pressure Wednesday on so-called sanctuary cities seeking public safety grant money, warning state and local officials they could be legally forced to prove they are cooperating with federal immigration authorities.

Officials sent letters to roughly two dozen jurisdictions threatening to issue subpoenas if they don’t willingly relinquish documents showing they aren’t withholding information about the immigration status of people in custody. The department has repeatedly threatened to deny millions of dollars in important grant money from communities that refuse to share such information with federal authorities, as part of the Trump administration’s promised crackdown on cities and states that refuse to help enforce U.S. immigration laws.

Many cities have been openly defiant in the face of the threats, with lawsuits pending in Chicago, Philadelphia and California over whether the administration has overstepped its authority by seeking to withhold grant money.

The 23 jurisdictions that received letters Wednesday include Chicago, New York, Denver, Los Angeles and the states of Illinois, Oregon and California. Officials said the places have been previously warned that they need to provide information about their policies to be eligible to receive grants that pay for everything from bulletproof vests to officer overtime.

Attorney General Jeff Sessions has blamed “sanctuary city” policies for crime and gang violence, saying Wednesday, “we have seen too many examples of the threat to public safety represented by jurisdictions that actively thwart the federal government’s immigration enforcement_enough is enough.”