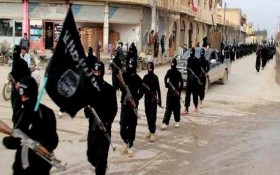 Carter identified the senior ISIS leader as Haji Imam and described him as the group’s finance minister. He said he was a “well-known terrorist” who had a hand in terrorist plots outside of Iraq and Syria.

“Leaders can be replaced. However, these leaders have been around for a long time. They are senior, they are experienced,” Carter told a Pentagon news conference.

Carter did not say whether the ISIS finance leader was killed in Syria or Iraq.

Appearing at the news conference with Carter, Gen. Joseph Dunford, chairman of the Joint Chiefs of Staff, said there has been no fundamental shift in the U.S. approach in Iraq, and he said efforts are under way to accelerate the campaign.