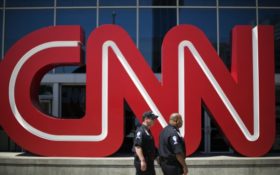 Critics of CNN just got some very good news. President Donald Trump’s accusation that the media conglomerate is “very fake news” was just backed-up in a federal court in Georgia.

Now, when Trump accuses CNN of peddling biased news reports, he’ll have a federal court’s ruling to refer to as proof.

While Judge Orinda Evans didn’t outright declare the network “fake news,” she did rule the network was guilty of a “series of false and defamatory news reports” concerning Davide Carbone, the former CEO of St. Mary’s Medical Center.

“The Court finds these allegations sufficient to establish that CNN was acting recklessly with regard to the accuracy of its report, i.e., with ‘actual malice,” the court’s decision read, released Feb. 15th.

During her ruling on the $30 million lawsuit against CNN, Judge Evans ruled the corporate media giant purposefully manipulated numbers and reported with bias.

She took “aim at the network in an initial judgment in favor of a former hospital CEO who sued CNN accusing them of purposely skewing statistics to reflect poorly on a West Palm Beach hospital,” according to LawNewz, which reported on the lawsuit ruling earlier this month.

“Judge Evans didn’t mince words in her 18-page order allowing the case to move forward, and [dismissed] CNN’s attempt to get it thrown out of court.”

Conservatives have accused CNN of being biased and unfair for years.

Now, at least in this one instance, a federal court agrees.

Comment “Busted!” below if you’re glad the biased media is FINALLY being held accountable!