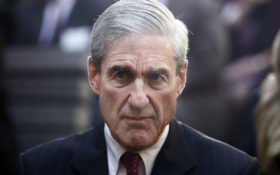 The judge overseeing Paul Manafort’s case just issued a ruling on special council Robert Mueller’s probe into Russia’s 2016 election meddling — and some are calling it a “major blow” to the investigation.

He also delayed the trial until the end of July.

Mueller had sought to keep the names of his witnesses secret from the public. In a motion Mueller filed last Tuesday, he claimed the witnesses would face “undue harassment” if their identities were revealed.

Ellis, a federal judge appointed by former President Ronald Reagan, disagreed and ordered Mueller’s office to unseal the name after a 30-minute hearing in Alexandria, Virginia on Monday.

Additionally, Ellis ordered Mueller to share his list of approximately 30 witnesses he plans to use to Manafort’s lawyers.

The setback news was likely welcomed by the White House. Trump has frequently called the Mueller investigation an unfair partisan witch hunt. Ellis’ ruling was called a “major blow” by some conservative critics.

“Despite a request by Mueller to keep the names private until they testify, Ellis made them public: James Brennan, Donna Duggan, Conor O’Brien, Cindy Laporta and Dennis Raico,” The New York Post reports. “All work in financial institutions.”

Manafort has been accused of committing tax fraud. Prosecutors say he and his former business partner, Rick Gates, laundered millions of dollars through overseas shell companies.

Jury selection for his trial is expected to begin Wednesday.