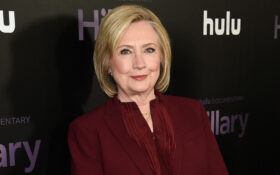 President Joe Biden is struggling. And now that the country has been going downhill fast, the American people want him gone.

And nobody wants Biden to ride off into Wilmington’s sunset more than the brass of the Democratic Party.

The DNC needs to kick Sleepy Joe out of office fast, before his tanking poll numbers destroy the entire party… and that could come any minute.

The party chose Biden because the candidate Democratic voters actually wanted—Bernie Sanders—would have gone down in flames against Donald Trump. Biden seemed like a “moderate” old grandfather—the perfect front for what may go down as the most radical administration in U.S. history.

But Biden’s got one huge problem: He keeps screwing up. From Afghanistan, to inflation, to telling the Americans to complain to “Santa Claus” if they can’t find the presents they want this Christmas, Joe keeps making life worse for average Americans. He even got busted violating the mask mandate over Thanksgiving weekend, even though he demands everyone else mask up.

President Biden’s approval ratings keep going down together with his performance. He hit a new low in the middle of November when he bottomed out at 38 percent…or, at least, he seemed to. But then, a week later a national poll from Quinnipiac University that put President Joe Biden’s approval rating at 36 percent. And a Trafalgar Group poll released on Tuesday kept Biden’s positives at the same level—36 percent—which means about one out of every three Americans thinks he’s doing a good job. That’s terrible news when you need more than half of all U.S. voters to win an election.

The Democrats could let Biden leave office and turn things over to Vice President Kamala Harris… but her approval ratings are frequently lower than his. Even her fellow women hate her–Root says–because she slept her way to the top.

Analysts are predicting a blowout landslide of historic proportions in 2022. One Democratic strategist told a room of donors that there’s nothing they can do to turn the party around in the next year: “Too late. We’re f***ed.”

The DNC plans to shake things up before 2024, and Root says he knows what’s coming next…or, rather, who’s coming next.

First, the party will have Kamala Harris step down as vice president. Root wrote, “Then corrupt Democrat billionaire donors will give her a $25 million mansion to retire in. You’ll never hear from Harris again.”

Then, they’ll agitate to get Joe Biden out of office.

“Very quickly after that, they’ll start planting nonstop stories in the media claiming Biden’s aides see him in dramatic mental decline. After 3 to 6 months of those stories in the media, Biden will make his touching goodbye announcement and ride off to a nursing home specializing in dementia patients. And like Harris, Jill Biden will get a $25 million mansion as incentive to shut her mouth and never be heard from again,” said Root.

“Just like that, Hillary Clinton is president of the United States,” he concluded–just like she’s always wanted.

Hillary would be the second person to become president without ever being elected on any national ticket, just like Gerald Ford followed Richard Nixon into office in 1974.

But Hillary will need a vice president and Root, who boasts about a string of successful political predictions, says she’ll choose Michelle Obama.

The Democrats will run the ticket of Clinton/Obama for president in 2024.

Will this happen? It’s a bold prediction. Hillary Clinton has done everything she can to let the Democratic Party know she still wants to be president. And having an Obama on the ticket would let the Obamas step out of their role controlling the Biden-Harris administration from the sidelines and make it official.

All we know is the Democrats are desperate, and desperate people take desperate measures.