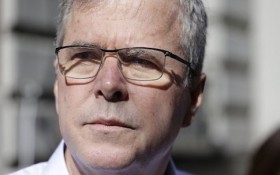 Former Florida Gov. Jeb Bush came in sixth place among the GOP presidential hopefuls in the Iowa caucus, despite spending more in the state than any candidate from either party.

According to MSNBC, Bush supportrers spent $14.9 million of his Super PAC’s money in the Hawkeye State, not including national advertisements or campaign funds.

Bush received a total of 5,165 votes in Iowa, amounting to only 2.8 percent of the Republican turnout.

Florida Sen. Marco Rubio spent the next largest amount of money at $11.8 million. But his campaigns investment paid over ten times the return after Rubio received 43,132 votes Monday, or $273.57 spent per vote.