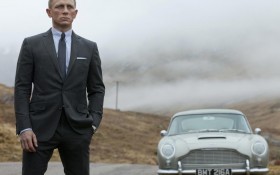 Even amid warnings about Western infiltration, the famed fictional British spy James Bond still found a way to get into Iran.

An ad hawking Omega watches appeared in the daily newspaper Shargh on Tuesday, featuring actor Daniel Craig wearing one of the timepieces while in character as 007.

While the ads have appeared around the world since the latest Bond film “Spectre” came out, the ad takes on a special significance in Iran.

Suspicions of Britain, a former occupier, and the United States remain high in Iran, even after a recent nuclear deal with world powers.