Ivanka shows up to Congress... and DEMANDS they get to work! - The Horn News 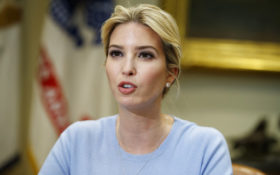 Ivanka Trump is heading back to Capitol Hill to discuss workforce issues with Republican lawmakers.

A spokesman for House Majority Leader Kevin McCarthy says she will meet with McCarthy and other lawmakers for “a discussion on improvements to our workplace and workforce.”

This is her second visit to the Capitol this week. On Tuesday she met with Sen. Marco Rubio and other GOP lawmakers for a conversation that included expanding the child tax credit and paid family leave.