Islamophobia? Smoking-gun proof the liberal media is out of control - The Horn News 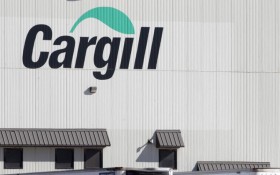 The headlines make it look like corporate greed run amok: Two American businesses firing hundreds of hard-working employees because they want to pray while on the job.

The workers were all Muslims, mostly immigrants, who aren’t being allowed to pray while on break – or so the stories claim, pushing a narrative of intolerance and ignorance.

But if this is a story of intolerance and ignorance, it’s not from the companies.

It’s the politically correct left-wing media, which has been bullying these companies while refusing to tell the full the story – a story you’ll only find here on The Horn News.

The media has been running headlines custom-created to provoke outage.

“So Now Muslims Can Be Fired for Praying?” read the headline on The Daily Beast website.

“Can this US company ban Muslim prayer breaks? They just did,” read the headline on the Christian Science Monitor.

The companies didn’t fire anyone for praying. They didn’t ban prayer or prayer breaks.

In fact, both firms even offered the workers a special room for prayer.

All they asked is that the prayers take place during scheduled breaks so the production lines aren’t slowed.

“Let’s say I’m on an assembly line with 10 people, and two of those people take an unscheduled break,” Ariens CEO Dan Ariens told a local news station. “Everything stops. Those two people might be using five minutes but the other eight are standing there waiting for those five minutes.”

Since everyone’s income – the income of the company and its workers alike – depends on those production lines, it’s a reasonable request that makes perfect sense, and even leading Islamic scholars agree.

“To my knowledge, Ariens has gone above to accommodate the needs,” Khurram Ahmad, president of the Muslim mosque in Oshkosh, told the local news station. “It is also important that the employed respect that part and look for room within what the rule allows for and try to accommodate that.”

“If Muslims can (pray) on their own time, this is the idea,” Zulfiqar Ali Shah told the Religion News Service when a similar issue came up in 2011.

As executive director of the North American Fiqh Council, which offers guidance on Islamic law, he should know what he’s talking about.

“If there’s a conflict between prayer and work, the Muslims should accommodate work,” he said.

In Ariens’ case, no one was fired at all – and many of the 53 workers who walked out have since returned. In the case of Cargill, the workers were fired after not showing up for three days to protest the prayer rules – but the company said its door is open and the workers could return if they’re willing to use their scheduled breaks for prayer.

In other words, they are working together to solve a problem in the most American way possible.

This is smoking gun proof that – yet again – the leftwing media claims are without basis in reality.

Imagine if a group of Christians made these kinds of demands over religious observances at work? They would not only get mocked relentlessly by the mainstream media, they might also get sued over it.

For now, the two companies are resisting the PC bullying machine while continuing to reach out to the workers with a fair offer: You can return to work. You can pray at work. You can even have a special room for your prayers.

But you can’t just drop work to go pray anytime you want.

That doesn’t sound unreasonable, does it?