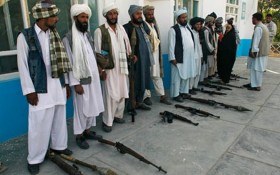 An ISIS fighter that infiltrated a Syrian refugee camp got more than he bargained for – a new faith.

According to the ministry directors of the Christian Aid Mission, an ISIS fighter infiltrated a Jordanian refugee camp with the intention of committing mass murder.

Once there, he was so moved by Christian love and charity that he converted on the spot.

According to the director, the ISIS fighter “first saw how Islam brainwashed him about Christianity, and how that contrasted with the reality of what he saw in the Christians.”

According to the Christian Post, the converted militant was so overjoyed about his new found faith that the director had to “calm him down” for fear he would agitate other jihadists, who vowed to kill him after the conversion.