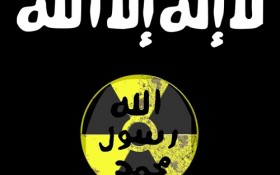 Kenyan police have disrupted a cell of extremist medics linked to ISIS who were reportedly planning to launch a deadly anthrax attack.

“The suspects were planning large scale attacks akin to the Westgate Mall attack (in September 2013 in which 67 people died) with the intention of killing innocent Kenyans,” said Boinnet. He said Ali’s “network also included medical experts with whom they planned to unleash a biological attack in Kenya using anthrax. His arrest and those of his accomplices is a major breakthrough in the fight against terrorism in Kenya and the region.”

It was the latest indicator that ISIS remains intent on using biological weapons against civilians — and is of particular concern to Americans following Tuesday’s admission by the Obama administration that “ISIS has the capability to stage a Paris-style attack in the U.S. using local cells to strike in multiple locations and inflict dozens of casualties,” according to a CNN report.

“They do have that capacity,” Director of National Intelligence James Clapper told CNN in an interview.

A court allowed anti-terrorism police officers in Kenya to keep Mohammed Abdi Ali, a medical intern at the Wote District Hospital in Makueni County who was arrested Friday, for 30 days to complete investigations, Joseph Boinnet said in a statement.

Ali’s wife, a medical student in Uganda, has also been arrested in Kampala, Boinnet said. Two of Ali’s alleged accomplices Ahmed Hish and Farah Dagane, medical interns in the western town of Kitale, have gone into hiding, he said.

Kenya is struggling to battle the Islamic State group’s recruitment of some of the country’s youths. At least 20 Kenyan young people have traveled to Libya to join the extremist group, according to police. Authorities fear that Islamic State is trying to establish a presence in Kenya, East Africa’s biggest economy and telecommunications and transport hub.

Al-Qaeda has long had a presence in Kenya through its affiliation with Somalia’s extremist insurgents al-Shabab. There is concern that those who join ISIS and al-Qaeda will be used to launch attacks on western targets in Kenya and neighboring countries.

Al-Shabab East Africa has used the hundreds of Kenyan youths in its ranks to launch attacks like the April 2015 attack on Garissa University College which killed more than 148 people, mostly students.