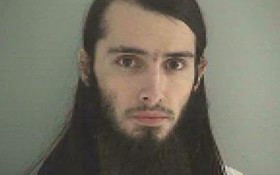 A federal judge plans to hear arguments and testimony on whether an Ohio man charged with plotting to attack the U.S. Capitol in support of the Islamic State group is competent to stand trial.

U.S. District Judge Sandra Beckwith earlier ordered a mental evaluation of 22-year-old Christopher Lee Cornell after his attorneys raised questions about his mental state. Evaluation reports for both sides have been filed under seal.

Defense attorney Martin Pinales said Monday’s hearing will be “an important factor in getting this case resolved.”

There’s no trial date for Cornell, who has been held without bond since his January 2015 arrest near Cincinnati. He has pleaded not guilty to four charges, including attempted murder of U.S. officials and employees. His father has said he was misled and coerced by “a snitch.”

The judge last year appointed Pinales and Candace Crouse to represent Cornell after a federal public defender asked to withdraw from the case. The same lawyers represented Michael Hoyt, a former Cincinnati area country club bartender who was ruled not guilty by reason of insanity on a charge he threatened to kill then-Speaker of the House John Boehner.

They subsequently filed a motion last November saying there was “reasonable cause to believe that Mr. Cornell may presently be suffering from a mental disease or defect rendering him mentally incompetent.”

Court records show Cornell was taken to a federal facility in Chicago in late November to be evaluated. He has been held recently in the Boone County, Kentucky, jail near Cincinnati.

The FBI said agents arrested Cornell in a gun shop parking lot near his home west of Cincinnati. They said he had just bought two M-15 assault weapons and ammunition and planned to attack the Capitol with pipe bombs and guns.

Cornell’s arrest came amid increased concern over Islamic State militant efforts to recruit homegrown “lone wolf” terrorists. The FBI has said Cornell, of suburban Green Township, wanted to “wage jihad” and sent messages on social media and posted video in support of Islamic State militants and violent attacks by others.

Cornell, who goes by the name Raheel Mahrus Ubaydah, told WXIX-TV of Cincinnati after his arrest that he wanted to shoot President Barack Obama in the head.