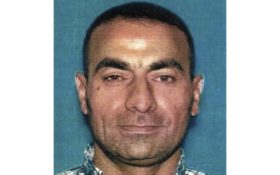 An Iraqi refugee accused of being a former soldier for the Islamic State entered the U.S. as a refugee under former President Barack Obama, authorities say. The man was given entrance to the United States after claiming to be a victim of terrorism, in a case drawing attention amid the Trump administration’s criticism of the resettlement program’s vetting process.

Omar Abdulsattar Ameen, 45, was arrested in California on Wednesday and will be extradited to Iraq under a treaty with that nation, U.S. officials said.

The case comes at a time where President Donald Trump has been pushing for stricter border policies — and he has warned of this exact scenario occurring.

Amen made his first appearance in federal court in Sacramento after his arrest at an apartment building in the state capital.

Ameen left Iraq and fled in 2012 to Turkey, where he applied to be accepted as a refugee to the U.S. under Obama, according to court documents.

He was granted that status in June 2014. That same month, prosecutors say he returned to Iraq, where he killed a police officer in the town of Rawah after it fell to the Islamic State. Five months later, Ameen traveled to the United States to be resettled as a refugee.

Ameen was arrested by the FBI Joint Terrorism Task Force based on a warrant issued in May by an Iraqi federal court in Baghdad. Ameen could face execution for the “organized killing by an armed group,” according to Iraqi documents filed in U.S. federal court.

Ameen did not disclose his membership in two terrorist groups when he later applied for a green card in the United States, officials said. So much for “extreme vetting.”

The Trump administration has sharply criticized the Obama-era resettlement program for not doing enough to keep out terrorists.

Why was a man that was an ISIS fighter so easily granted access to the U.S. as a refugee during the Obama-era?

Seamus Hughes, of George Washington University’s Program on Extremism, said most ISIS cases in the United States have involved U.S.-born citizens and that the case should be considered rare but illustrates dangers in the system.

“There was clearly a number of tripwires that didn’t go off in this vetting process,” he said.

According to resettlement agencies in the United States, the U.S. vetting process in the past has been one of the world’s toughest.

Most applicants spend at least three years being interviewed, undergoing biometric checks, medical exams, and filling out paperwork. Cases are screened by the Department of Defense, FBI, the Department of Homeland Security, and other agencies.

After they are resettled, refugees continue to undergo security checks in the United States for five years or more.

And yet, this former ISIS fighter has been living in the U.S. for four years and was not discovered to be a terrorist until now?

The Trump administration added requirements like longer background checks and additional screenings for females and males between 14 and 50 from certain countries, including Iraq. It also drastically reduced the annual ceiling of refugee arrivals to the U.S. from 110,000 to 45,000.

Nayla Rush at the Center for Immigration Studies said nothing will make the program 100 percent safe.

“But improved vetting can ensure people like this Iraqi terrorist wearing a fake refugee hat have a lesser chance of being welcomed into the United States,” she wrote in an email.

Ameen was identified by a witness to the slaying, according to the Iraqi documents.

The FBI’s Joint Terrorism Task Force has been investigating Ameen since 2016, according to a court filing, and independently corroborated Ameen’s involvement.

Ameen was part of a four-vehicle IS caravan that opened fire on the home of the Rawah police officer, Ihsan Abdulhafiz Jasim. Ameen fired the fatal shot into the man’s chest as he lay on the ground, according to Iraqi documents.

ISIS later claimed responsibility for the slaying on social media.

He was ordered held until his next court appearance on Monday.