Is this the dumbest bank robbery you'll ever see? - The Horn News 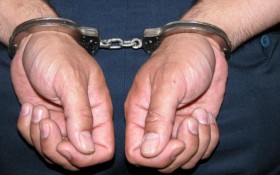 A teen accused of robbing a Detroit bank didn’t have a good getaway plan.

Police say a teller at a Chase bank activated electronic locks Monday, trapping the 15-year-old boy between a set of doors on his way out. He was arrested when officers arrived.

Officer Dan Donakowski tells the Detroit Free Press that the teen had threatened to use a bomb if the teller didn’t give him money.

Police don’t believe he had a weapon.