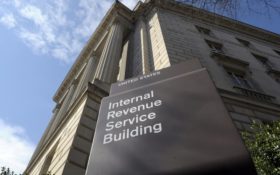 The trump administration has officially settled lawsuits involving the Tea Party and other conservative groups who stated they were unjustly targeted by the IRS under the Obama administration.

Filed in 2013, conservative groups reported that they had been unfairly scurtinezed by the Internal Revenue Service, based off of their political stance.

Court documents show that when seeking out a tax-exempt status starting in 2010, conservatives were targeted with such words as “Tea Party” or “patriots”.

In court on Wednesday, the IRS admitted wrong-doing and unfairly targeting conservative groups. Blame was placed on former seniors executive, Lois G. Lerner, and the settlement reached was designed to make sure that no one else will get targeting or scrutinized based off of their political standing.

In federal court in Washington, D.C. the Trump administration apologized to all conservatives on behalf of the wrongful actions made under the Obama administration. Barack Obama has yet to make an apology of his own…

According to court documents, both sides of the case asked for the targeting to be declared discrimination and a violation of American’s First Amendment rights–and is illegal.

The agreement made by both sides of the case is still awaiting judge approval, but both the Trump administration and the lawyers representing the conservative groups have already agreed to the deal.

“The IRS admits that its treatment of Plaintiffs during the tax-exempt determination process, including screening their applications based on their names or policy positions, subjecting those applications to heightened scrutiny and inordinate delays, and demanding some Plaintiffs’ information that TIGTA determined was unnecessary to the agency’s determination of their tax-exempt status, was wrong,” the IRS said in court documents. “For such treatment, the IRS expresses its sincere apology.”

Over 400 groups within the case will receive payments as a part of the settlement. The lead attorney for the groups explained, it was “a great day for the First Amendment,” but noted that day “was too long in coming.”

Eddie Greim, lead counsel for the conservative groups stated, “This story was dismantled in our case. For taxpayers to be truly confident that the IRS has changed, it needs to be truthful about its past abuse of power.”