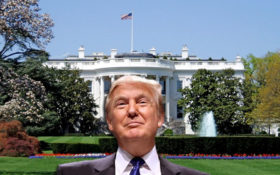 Speaking to thousands of excited voters on election eve, Donald Trump promised that he will finally deliver “the change you’ve been waiting for your entire life.”

But no one man can run the government all by himself – not even Donald Trump.

Now that it looks like he might – just might – become the 45th president of the United States, sources close to the candidate have revealed a few of the people he would choose for his cabinet.

And this team would rip out the Obama administration’s policies from the roots.

Gingrich, who led the Republican House revolution in 1994, nearly became Trump’s vice presidential candidate. If elected, Trump would name the quick-thinking Gingrich to be the nation’s top diplomat and negotiator. Newt has said in recent interviews that the U.S. should focus on defending American interests and decimating al-Qaeda and ISIS extremists. “Great societies have the capacity to destroy evil people, if they have the courage to destroy evil people,” he said. If the American people are willing to be “ruthless,” he believes we could “totally degrade their capacity” to attack the West “in a matter of months.” He’s said every American Muslim who believes in acting out violent Sharia law “should be deported.” Over the summer, Gingrich told Trump he did not want to be considered for such a weighty job, because the man known for his endless stream of new ideas said he is “at a stage in my life where I would really just like to be creative.” But it’s obvious that the Speaker could never turn down a call to serve his country.

Before becoming America’s mayor during 9/11, Rudy Giuliani served as a federal prosecutor, where he busted the Mafia and Wall Street swindlers like Michael Milken and Ivan Boesky. He’s also a tireless foe of Islamic radicalism in the United States and abroad. As attorney general, he would revive his war on organized crime, prosecute the Muslim terrorists’ U.S.-based support networks, and maybe help President Trump strike a populist note by jailing Wall Street frauds.

Gen. Flynn, who is technically a registered Democrat from Rhode Island, was also on Trump’s short list for vice president. The general served distinguished tours of duty in Iraq and Afghanistan, where he and Gen. Stanley McChrystal created the strategy of “find, fix, finish” – identifying and neutralizing al-Qaeda cells. The retired general, now in his late 50s, says he’s spent his entire life fighting the enemy – and “the enemy camp in this case is Hillary Rodham Clinton.” His biggest foe in being confirmed would be red tape. Congress would have to give him special permission, since current rules require that the Secretary of Defense be out of the service for at least 7 years. Sure bet: Colin Powell won’t be getting the nod.

Lewandowski is said to be one of a handful of people Trump will name to lead the Republican Party, renewing and reshaping the GOP from the top-down, after the Trump Train transformed the party from the grassroots. Lewandowski worked with former Republican maverick Congressman Bob Ney before leading the New Hampshire branch of Americans for Prosperity. The tough-as-nails former cop has said time and again that he wants the GOP to reflect the common man on Main Street, even if it means driving long-time party hacks out of power. Longtime conservative activist David Bossie may also be in line for this position, Trump staffers told NBC News.

Sources say Trump wants the current RNC chairman to lead one of the most sensitive positions in the administration. The chief of staff screens who gets to meet with the president – and who gets left out in the cold. Campaign aides say Priebus’ loyalty to Trump, when scores of spurned, sour-grapes Republicans publicly demeaned their own candidate, impressed Mr. Trump.

Mnuchin, who leads Trump’s fundraising efforts, is far from a household name – but his movies are. Mnuchin produced Hollywood blockbusters like “Suicide Squad” and “The Accountant.” Mnuchin is unconventional, because he got his start working with Goldman Sachs and then – unbelievably – George Soros. But he used the skills he learned there to get out of the financial industry and make films celebrating military heroes, like “American Sniper” and “Sully.” He has been a longtime, close friend of Donald Trump, and the candidate is said to trust him implicitly.

Eisenberg worked on Wall Street before beginning his long history in the New York and New Jersey GOP. He also helped the national Republican Party raise money with a skill and loyalty that impressed Trump. Eisenberg, though, is a liberal on social issues like abortion and gay marriage. Trump may be considering Fox News analyst Stephen Moore in his place.

Besides these, the president has literally thousands of appointments to make. And we know the team Donald Trump has assembled. Sheriff Joe Arpaio, former Gov. Jan Brewer, Dr. Ben Carson, Sarah Palin, Mike Huckabee, and former Sen. Scott Brown are all likely to play a role.

Perhaps Gov. Brewer for Homeland Security? Palin for Secretary of the Interior? Huckabee to head up a commission to save Social Security? Arpaio to head up the Border Patrol? Brown to oversee dismantling ObamaCare?

The possibilities are endless – and real change is coming – if he wins.