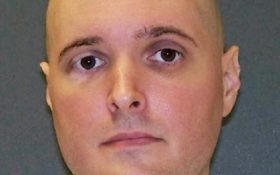 A condemned Texas inmate set for execution Thursday awaited word on whether Gov. Greg Abbott would accept the state parole board’s rare clemency recommendation to spare the prisoner’s life at the urging of his father.

Thomas “Bart” Whitaker, 38, is scheduled for lethal injection for masterminding the fatal shootings of his mother and brother at their suburban Houston home in 2003 in a plot to collect inheritance. Whitaker’s father, Kent, also was shot but survived and has led the effort to save his son from execution.

The seven-member Texas Board of Pardons and Paroles, whose members are appointed by the governor, recommended unanimously Tuesday that Abbott commute Whitaker’s death sentence.

Abbott, a Republican, could accept the recommendation, reject it or do nothing. His office did not respond Wednesday to inquiries about the Whitaker case.

“The board only recommends,” said Keith Hampton, one of Whitaker’s attorneys. “The power resides purely in Gov. Abbott. He could do nothing, which would be pretty amazing. He could literally do nothing. Then (Whitaker) gets executed.”

It’s only the fourth time since the state resumed executions in 1982 that the parole board has recommended clemency within days of an inmate’s scheduled execution. In the previous cases, then-Gov. Rick Perry, also a Republican, accepted the board’s decision in one case and rejected the other two, who subsequently were put to death in the nation’s most active capital punishment state.

Executions were also scheduled to take place Thursday in Florida and Alabama.

Prosecutors in Fort Bend County, where the Texas killings occurred at the Whitaker home in Sugar Land, just southwest of Houston, criticized the parole board recommendation. If Abbott agreed to the board’s clemency recommendation, “then it’s a total injustice, absolute injustice on this,” said Fred Felcman, one of the trial prosecutors.

The U.S. Supreme Court, which last year refused to review appeals in Whitaker’s case, also could weigh in. Whitaker and another Texas death row inmate are plaintiffs in an appeal pending before the high court questioning whether Texas’ use of a compounded version of the powerful sedative pentobarbital for executions would cause unconstitutional pain. The case had been scheduled for the justices’ conference on Friday, the day after Whitaker could be executed.

State attorneys were opposing the request to block the execution, saying claims about the drug’s ineffectiveness had been repeatedly rejected in the courts.

Nearly two years later, Bart Whitaker was arrested in Mexico after investigators determined he arranged the plot in hopes of collecting a family estate he believed was worth more than $1 million.

He hated his parents and brother at the time, he said.

Whitaker’s father said he loves and has forgiven his son, calling him a changed person.

“As the greatest victim in this case, you don’t have to convince me how awful this crime was,” Kent Whitaker said.

Evidence showed the plot included two of Bart Whitaker’s friends and was at least his third attempt to kill his family. Whitaker’s wound to his arm was meant to draw attention away from his involvement. Unknown to his parents, the dinner celebration marking his graduation was a fraud. He’d dropped out of school months earlier.

The gunman, Chris Brashear, pleaded guilty in 2007 to a murder charge and is serving life in prison. Steve Champagne, who drove Brashear from the Whitaker house the night of the shootings, took a 15-year prison term in exchange for testifying at Whitaker’s trial.