Infamous “witch killers” could be paroled? - The Horn News 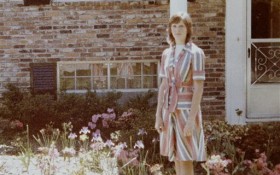 The married couple dubbed the “San Francisco witch killers” seemed locked away for good when each was sentenced to 75 years to life for three Northern California murders three decades ago.

But because of a recent federal court ruling, prison officials had to consider them for parole.

On Wednesday, a parole board at a women’s prison in Chino, California, will consider whether Suzan Carson, 73, is suitable for release.

The killers’ chance at freedom has upset families of their victims, who say the self-described vegetarian Muslim “warriors” have never expressed remorse or abandoned beliefs that they were on a “holy war against witches” during their killing spree.

Carson and her second husband, Michael “Bear” Carson, were convicted of killing three people during a drug-fueled quest to rid the world of witches between 1981 and 1983.

Authorities allowed the jailhouse interview in exchange for incriminating information about the three murders. With his wife smiling by his side, Carson described her as “a yogi and a mystic with knowledge of past, present and future events.” The couple described themselves as Muslim.

Suzan Carson told reporters she ordered her husband to kill Karen Barnes in her San Francisco apartment 1981 because she falsely converted to their religion and was “draining” Suzan of her health and “yogic powers.” The couple killed twice more in California before capture in 1983.

Barnes’ sister Lisa Long has traveled from her home near Atlanta to Chino, California, to testify Wednesday against Suzan’s release. “They are unrepentant,” Long said.

“I know this is absurd,” Michael Carson wrote prison officials from Mule Creek State Prison in Ione, California, on a form formally canceling his hearing. “No one is going to parole me because I will not and have not renounced my beliefs.”

He can try again in 2020, prison officials said.

The Carsons received parole consideration because a federal court concerned with prison overcrowding last year ordered hearings for about 1,400 inmates older than 60 who have served more than 25 years of their sentences. Most elderly inmates qualifying for consideration are being turned down for parole, according to the California Department of Corrections and Rehabilitation.

Since February 2014, 267 elderly inmates have been granted parole and 729 have been denied, according to the department. An additional 450 hearings have been cancelled or postponed.

Despite the odds against the couple’s release, Michael Carson’s daughter is aiding the families and formally opposes her father’s release as well. “They are still dangerous,” she said.

Jennifer Carson said her college-educated dad was a stay-at-home father caring for her in 1970s suburban Phoenix while her mother supported the family by teaching.

“I remember those times as very happy times,” Jennifer said. “But then his behavior began to change.”

She said her father changed dramatically after he met Suzan Carson at a party. The couple soon divorced their respective spouses and married each other.

Jennifer Carson said her father and Suzan were heavy drug users who created their own moral and religious code. “It was like a match meeting dynamite,” she said of the day the couple met.