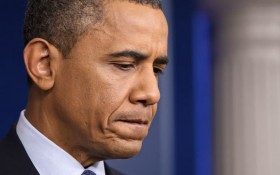 Rep. Jason Chaffetz of Utah, chair of the House Oversight Committee, called impeachment an appropriate tool to restore public confidence in the IRS and “demonstrate to the American people that the IRS is under repair.”

The impeachment bid comes less than a week after the Justice Department said no IRS official will face criminal charges in the political controversy over the processing of applications by groups seeking tax-exempt status.

The decision closed a two-year investigation into accusations that stoked outrage among Republicans in Congress, who alleged bias in the tax agency’s treatment of conservative and tea party groups in seeking the tax-exempt designation under former director Lois Lerner.

In his impeachment resolution, Chaffetz said Obama-appointee Koskinen violated the public trust in at least three ways: He failed to comply with a subpoena resulting in destruction of key evidence containing thousands of Lerner’s emails; failed to testify truthfully to Congress about IRS handling of emails involving Lerner and other officials; and failed to notify Congress that key evidence was missing.

The IRS destroyed Lerner’s emails in March 2014, but did not notify Congress that the emails were missing until June 2014 — three months later and well after the White House and the Treasury Department were notified, Chaffetz said.

Eighteen Republicans on the committee joined Chaffetz in co-sponsoring the impeachment resolution, which now goes to the House Judiciary Committee.