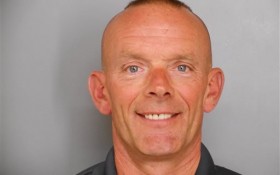 Authorities will announce that a northern Illinois police officer whose shooting death led to a massive manhunt in September killed himself, an official briefed on the investigation told The Associated Press.

The Lake County Sheriff’s Office has called a Wednesday news conference to announce “conclusive results” of the investigation. The official spoke to the AP Tuesday night on condition of anonymity because he was not authorized to brief the media.

The investigation into the death of Lieutenant Charles Joseph Gliniewicz determined that the Fox Lake officer died of a self-inflicted gunshot wound, other media outlets reported Tuesday, all citing anonymous sources.

A spokesman for the Lake County Sheriff’s Office, Christopher Covelli, declined any comment Tuesday evening. The office said in a statement that it would not comment until the news conference.

Gliniewicz, a U.S. army veteran affectionately known as “G.I. Joe,” radioed on Sept. 1 that he was chasing three suspicious men on foot. Backup officers later found his body 50 yards from his squad car.

Authorities said in October that the officer, 52, was shot with his own weapon.

He was struck by two rounds, one that hit his ballistic vest with the force of a “sledgehammer” and another that pierced his upper chest, Lake County Major Crimes Task Force Commander George Filenko said at the time.

After Gliniewicz’s shooting, a massive manhunt ensued, with hundreds of officers searching houses, cabins and even boats on a chain of area lakes. Authorities released a vague description of three suspects, though no one was ever arrested.

Flags flew at half-staff in honor of the 30-year police veteran after the shooting in Fox Lake, a close-knit community of 10,000 residents located about 50 miles north of Chicago. Signs with the officer’s picture hung in storefront windows.

The tattooed officer with a shaved head was described by those who knew him as tough when needed, but also as sweet and a role model to youngsters aspiring to go into law enforcement.

More than 100 investigators stayed on the case for weeks, though questions arose in mid-September, and investigators began to concede that they could not rule out suicide or an accident.

One hint came when Lake County Coroner Dr. Thomas Rudd announced that Gliniewicz was killed by a “single devastating” shot to his chest. That prompted an angry response from Filenko, who said the release of such details put “the entire case at risk.”

Gliniewicz’s family dismissed the suggestion of suicide. His son D.J. Gliniewicz said his father “never once” thought of taking his own life, and described how his dad spoke excitedly about what he planned to do after retiring.