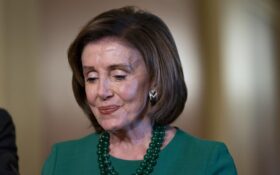 Yet another close ally of President Joe Biden and House Speaker Nancy Pelosi is calling it quits.

Rep. Stephanie Murphy, D-F.L., announced on Monday she will quit, the latest of over 20 Democratic Party leaders to decline to run for re-election amid Biden’s volatile, floundering approval polls.

Murphy’s absence will leave a key swing seat available for Republicans who hope to regain control of the House of Representatives in 2022.

She made the announcement on social media —

I've decided not to seek another term in Congress. Serving Central Florida has been the honor of my life, but it's also been incredibly challenging for my family and me.

This was not an easy decision, but it is the right decision. Thank you for everything. pic.twitter.com/UaOufbPOSo

The Florida House had previously released its proposed congressional maps which appeared to give Republicans a clear advantage in the state.

Florida’s population growth of 2.7 million new residents between 2010 and 2020 led to the new seat in the once-every-decade redistricting process.

The state constitution requires contiguous districts that aren’t drawn to favor or harm a political party or incumbent. The last time the state redrew political lines, the initially approved maps were declared unconstitutional and it took a three-year legal battle before the Supreme Court finally approved them.