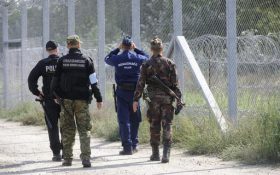 Hungarian prison inmates have ramped up their production of razor wire, working around the clock as Hungary prepares to build a second fence on the border with Serbia to keep out refugees and other migrants.

Razor wire manufacture at the prison in Marianosztra, northern Hungary, has increased from two shifts earlier this year, to three. Besides its domestic use, Hungary has also sold or donated fence elements, including wire and steel posts, to other countries in the region, including Slovenia and Macedonia.

Hungary’s Helsinki Committee says the fence, the closure of asylum centers and other measures are destroying the asylum system.