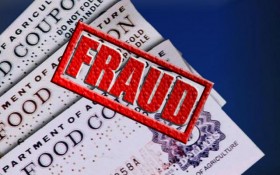 When President Barack Obama loosened requirements around the use of food stamps at flea markets, the idea was to give more needy people access to fresh fruits and vegetables.

But like so many of Obama’s policy’s before it, the initiative was so short-sighted it let thieves steal millions.

At the Opa-Locka and Hialeah food market outside Miami alone, taxpayers shelled out over $13 million to the thieves, according to Judicial Watch. The record-setting fraud ring that was busted last week.

“The feds say the business owners and their employees let food-stamp recipients use their welfare benefit to get cash in exchange for a cut of the money. They swiped the recipient’s Supplemental Nutrition Assistance Program (SNAP) card (the government created the name to avoid stigma) for an inflated amount, doled out cash and kept a percentage,” according to Judicial Watch.

According USDA agent Karen Citizen-Wilcox, it’s happening all over the country. “Thousands of food-stamp recipients are believed to have exchanged their benefit for cash in this flea market scheme that ‘defrauded the American taxpayer’ and ‘denied healthy foods to needy children and their families,'” Citizen-Wilcox told Judicial Watch.

The report comes at a poor time for Obama. The Associated Press reported Monday that Republicans controlling the House are proposing $23 billion worth of food stamp cuts over the coming decade, part of a $170 billion spending cut package aimed at getting tea party lawmakers to vote for a broader 10-year budget plan.

The food stamp cuts would be to benefits for able-bodied recipients without children and those who receive a greater benefit because they also qualify for home-heating subsidies. They are a small part of the 10-year, approximately $720 billion budget for the program.