House votes to lock down American borders - The Horn News 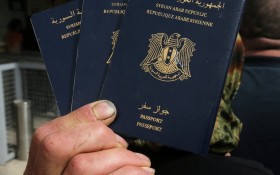 The House of Representatives – led by Republicans – voted overwhelmingly Tuesday to tighten controls on travel to the U.S. by requiring special visas for anyone who’s been in Iraq or Syria in the previous five years.

But it remains to be seen whether President Barack Obama’s Democratic allies could kill the bill in the Senate.

The bill takes aim at the “visa waiver” program that allows citizens of 38 countries to travel to the U.S. for stays of 90 days and less without first obtaining a visa from an embassy or consulate. Belgium and France, home to most of the perpetrators of last month’s Paris attacks, are among the participating countries.

The bill would institute a series of changes, including the new visa requirement for citizens of Iraq, Syria and any other country deemed a terrorist hotspot, along with anyone who’s traveled to those countries in the previous five years. Exceptions are made for official government visits and military service.

“You have more than 5,000 individuals that have Western passports in this program that have gone to Iraq or Syria in the last five years,” said Majority Leader Kevin McCarthy. “Those are gaps that we need to fix.”

Some 20 million visitors come to the U.S. annually under the visa waiver program. And in past years, the program has been used by would-be terrorists, including “shoe bomber” Richard Reid, who boarded a flight from Paris to Miami in December 2001 without a visa and attempted to set off a bomb. Zacarias Moussaoui, the “20th hijacker” from 9/11, also flew from London to Chicago with a French passport and no visa in February 2001, according to a Homeland Security Inspector General report from 2004.

The bill now heads to the Senate and an uncertain future. Previous House bills to shore up border security have met stiff opposition once they reached the Senate floor.