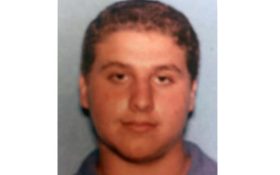 Austin Harrouff was a normal 19-year-old college student, home to visit his parents. Then he snapped and become a blood-crazed, face eating cannibal, and shocked authorities believe a new street drug is to blame.

And it cost two innocent people their lives. 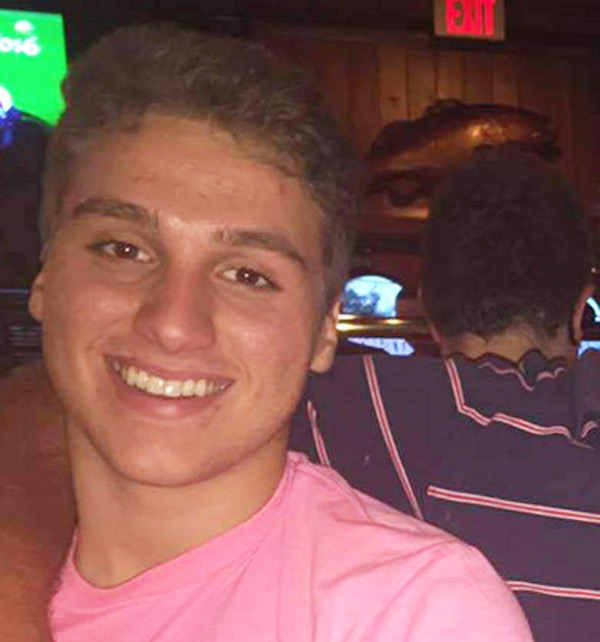 Investigators say the Florida State University sophomore was out to dinner with his parents at Duffy’s Sports Grill in Jupiter, FL when he suddenly became aggravated and stormed out. As his stunned parents called police to report his strange behavior, Harrouff walked three miles past his father’s home, up a seemingly random driveway, and then savagely murdered a husband and wife while they watched television in a garage they’d converted to a lounge.

When police responded to the bloody scene, they found Harrouff eating John Stevens face. It took four officers, a stun gun, and a K-9 unit to finally subdue him.

“One of the first things we try to do at our crime scene is begin to understand the motive of the offender,” Martin County Sheriff William Snyder told reporters during a Tuesday afternoon news conference. “In this case we can’t establish a motive. There’s just … I don’t know. We just don’t know what was going on in his mind, and he’s sedated now so we’re not getting any statements from him.”

But he has a suspicion: Flakka, a new designer street drug, is to blame. “Known on the street as ‘gravel’ and by chemists as alpha-PVP, the terrifying hallucinogen has earned a reputation as one of America’s scariest drugs,” The Daily Mail reported.

It only costs about $5 a hit, and first hit the streets of Florida in 2013. It has since spread to Texas and Ohio, and is gaining popularity.

Snyder said Harrouff was incoherent and growling and making “animal-like noises” when he was taken to St. Mary’s Medical Center after the shocking Monday night attack in the quiet neighborhood.

On Tuesday, Snyder told reporters that Harrouff’s condition was “life-threatening.” West Palm Beach television station WPTV reported Wednesday that Harrouff is sedated and on a ventilator with guards stationed nearby.

Snyder said Harrouff stormed out of a restaurant where he was having dinner with his family on Monday night, apparently agitated over slow service. 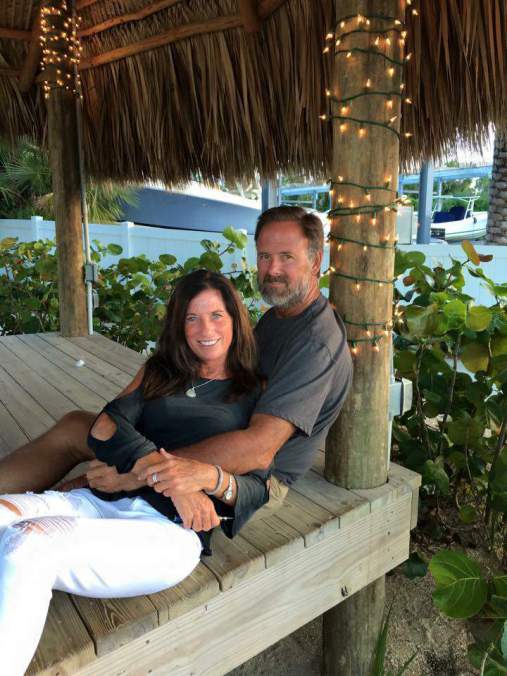 A short time later, Michelle Mishcon, 53, and John Stevens III, 59, were attacked outside their home. Neighbors said they had a habit of sitting in their garage, where they often kept the door open while they watched television.

Neighbor Jeff Fisher, 47, tried to help but was stabbed during the attack. He was breathing heavily on the 911 call, which was released Tuesday. He told the operator that the assailant had attacked a woman and then him when he tried to intervene. Fisher was bleeding profusely and taken to a hospital. His father, Steve Fisher, told WPTV that his son was stabbed once in the neck, three times in the back and once in the side. He’s expected to survive.

When a deputy arrived at the couples’ home, she found Harrouff eating John Stevens face, and tried to use her Taser but it didn’t faze the suspect, Snyder said. She tried pulling him off Stevens’ body, but couldn’t. Other deputies arrived shortly along with a dog and it took all of them to subdue Harrouff. Snyder said they didn’t shoot, fearing their bullets would strike the victim.

“The suspect in this case was abnormally strong,” Snyder said, making him think Harrouff was on drugs. He said hospital blood tests showed no signs of methamphetamine, cocaine, heroin or other common drugs; it will take longer to test for flakka.