[Exclusive] Veteran Congressman: The security threat NOBODY is talking about - The Horn News 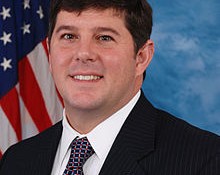 Congressman Steven Palazzo is a Gulf War veteran who currently serves in the Army National Guard from his home in Mississippi’s Fourth District. In this exclusive Veterans Day interview, he talked with The Horn Managing Editor Stephen Dietrich, himself a combat veteran, to discuss the biggest issues facing our veterans and our national security.

Q: In addition to serving during the first Gulf War, I understand you’re still a member of the National Guard. Tell us why that’s so important to you.

Congressman Palazzo: Ever since I was a kid I heard stories of my grandfather and his service during World War II. I grew up with a strong desire to serve my country and have done so my entire adult life. This is an opportunity to give back, not just for me but for the thousands of guardsmen across our nation. It is important because it gives us not only an opportunity to serve our country but also to serve our communities in their time of need.

Q: One of the challenges many veterans face is transitioning to life after service, and particularly after deployment. What did you learn going through that transition yourself, and what can concerned citizens do to help?

Congressman Palazzo: Our younger veterans are returning home now to transition into the civilian sector, a transition that isn’t always easy for them. We must support them and honor them as the heroes they are. We must treat their wounds, both visible and invisible. We must utilize the skills that we have spent countless dollars training them for. They are leaders that have, at the age of 19, made more meaningful decisions in their lives than many twice their age. Vets don’t want a hand out. They want an opportunity, and you will be surprised by what they can do for local businesses, organizations, or teams. I love being a citizen soldier – one foot in the military and one foot in the civilian world.

Q: I’ve always said that the best decision a company can make is to hire a veteran. But especially for our younger veterans, the unemployment rate remains much higher than the national average. What more can the private sector do, and where does the government come in?

Congressman Palazzo: That’s easy – hire veterans. They are well-trained, smart, and ready to work. We should make it easier for veterans to get licensed in the fields they have already worked in the military. These guys want to work and are good at what they do.

Q: Many veterans have dealt with unacceptably long wait times through the VA, and the federal government has not always been candid about the problem. What are you hearing from your constituents, and what more needs to be done?

Congressman Palazzo: The problems still exist, we have spent millions of dollars on this problem and the wait times are getting better, but only because we are funding more and more private appointments. In my opinion the time has come to have a very serious conversation about privatizing VA care. The system is broken and it is full of bureaucrats who have spent careers giving lackluster service and care. We should be able to fire these employees. The more private care, the better.

Q: As an accountant who is professionally trained in money management, our federal budgeting process must drive you crazy. How can we balance our budget and maintain fiscal responsibility, while making sure we’re taking care of our veterans, our soldiers, those who have given their lives in service, and their families?

Congressman Palazzo: I have long been an advocate of a balanced budget amendment. You don’t need an accounting degree to understand this one. Simply put, you can’t spend any more than you take in. Every American household is expected to do this, why in the world isn’t our government held to the same standard?

But we can’t balance the budget on the backs of our men and women in uniform. We must continue to prioritize what is most important. I believe the number one constitutional responsibility of Congress is the common defense of this nation. This is followed closely by keeping our promises to those who have supported and defended this great country.

Q: Speaking of the budget, under President Barack Obama’s leadership, the United States’ debt level is expected to climb to nearly $20 trillion. With the damage that the president done to our debt burden, is it possible to move forward responsibly without cutting our defense budget?

Congressman Palazzo: It is, and it has to be done. What most people don’t understand is defense spending makes up about one half of one third of our national budget. The biggest portion, two thirds of our federal budget, is made up of mandatory spending accounts that Congress doesn’t even vote on every year.

Admiral Mike Mullen, when he was Chairman of the Joint Chiefs of Staff, testified before one of my committees and told us the greatest threat to our national security is our national debt. That is something I have carried with me ever since that day.

The time has come that we start addressing the real drivers of our debts and deficits and that is entitlement spending.

Q: As a combat veteran, are you for or against an expanded role for women in combat roles in our military?

Congressman Palazzo: I oppose the expanded role of women in combat roles. Women have served honorably in our military for generations, and that is something all Americans should be very proud of. That said, our military has to be the greatest fighting force it can be not a proving ground for political priorities.

The Marine Corps recently studied this extensively, and found that in ground combat scenarios, integrated (male and female) units performed worse than their all male counterparts across the board. The rates of injury were higher for the integrated units and their ability to complete required tasks for combat situations was compromised.

This is not a joke; this is not something we can experiment with in combat until we get it right. We are talking life and death here, and I believe that if the President and the Secretary of the Navy integrate units for political purposes they will have the blood of American service members on their hands.

Q: How do you plan to spend this Veterans Day honoring our troops?

Congressman Palazzo: I am spending the whole week attending veterans’ events across my Congressional District. Specifically I plan to attend the Veterans Day parade in Hattiesburg, Mississippi talking with and thanking all of our veterans and their families for their service and sacrifice. South Mississippi is a military community and we all celebrate and honor our veterans every way that we can.