Homeless vet will get all $400k raised for him, says GoFundMe - The Horn News 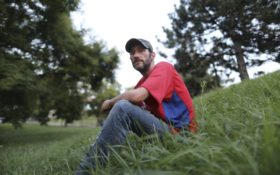 GoFundMe and the law firm representing a homeless good Samaritan say he will receive all the money raised for him.

The two issued a joint statement late Thursday saying Johnny Bobbitt will get an amount equal to the balance he didn’t receive through the fundraiser.

Authorities had executed a search warrant earlier Thursday at the Florence, New Jersey, home of Mark D’Amico and Katelyn McClure, who raised $400,000 online for Bobbitt. He’s suing them for mismanaging the cash. His lawyer says he’s been told the money is gone.

Burlington County Prosecutor Scott Coffina confirmed the criminal investigation due to the “enormous public interest” in the case. But no charges have been filed.

Bobbitt got McClure gas when she was stranded in Philadelphia.