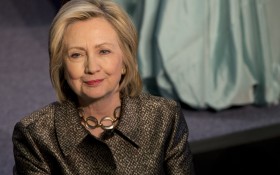 The leader of the Iowa Democratic Party, chairwoman Dr. Andrea “Andy” McGuire, has quickly dismissed of all appeals for a recount. And her actions have left many outsiders critical of her true motive.

The complaints and international scrutiny on the alleged impropriety led The Des Moines Register to run a scathing editorial on Thursday titled, “Something smells in the Democratic Party.”

The editor called for an audit of the state voting results, complaining that Iowa’s voting process had become a laughing stock and that the “Iowa Democratic Party must act quickly to assure the accuracy of the caucus results, beyond a shadow of a doubt.”

But McGuire, in a separate interview with the Register, continues to flat-out refuse every appeal for review.

Critics have been vocally suspicious of McGuire’s motives, pointing to McGuire’s outspoken support of Clinton.

“McGuire knows what’s at stake. Her actions only confirm the suspicions, wild as they might be, of [Vermont Sen. Bernie] Sanders supporters. Their candidate, after all, is opposed by the party establishment — and wasn’t even a Democrat a few months ago,” says the Register editorial.

Other critics have complained that McGuire is such a strong supporter of Clinton, she changed her license plate to promote Clinton’s presidential campaign back in 2013.

The original editorial can be found here.