Hero paramedic arrives on the scene... Still in her wedding dress - The Horn News 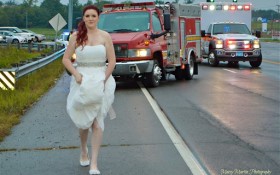 Don’t mess the dress! When Sarah Ray’s father and grandparents were in a car crash on the way to her wedding reception, the off-duty Tennessee paramedic rushed to the scene… in her wedding dress.

“My dad called my husband and said there had been an accident,” Sarah Ray said. “All he told him was there had been a wreck, and the car was totaled. We didn’t know anything about injuries.”

Ray found her grandmother in an ambulance with injuries from the air bag and seat belt that were serious enough to send her to the hospital, but not life-threatening.

“One of the first things she said to me was sorry she ruined my wedding day,” Ray said. Ray assured her grandmother she had done no such thing.

As she walked back to the car in the drizzling rain, holding her wedding dress off the ground, ambulance and fire truck behind her, Ray’s mother snapped a photograph.

The photo was posted to the Montgomery County government’s Facebook page with the caption, “How dedicated are you to your job?” The caption briefly explains the circumstances of the photo and concludes, “Thank you, Sarah, for loving what you do!” 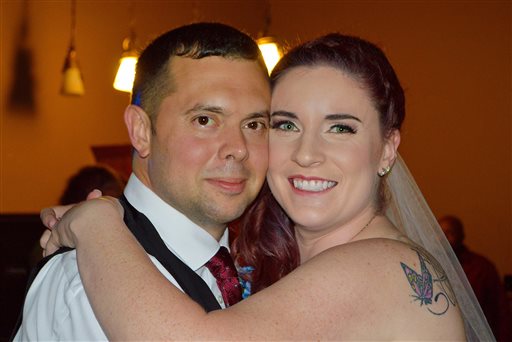