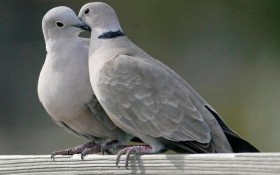 On the twelfth day of Christmas, your true love will be sending $34,131 in gifts. That’s according to the 32nd annual PNC Wealth Management Christmas Price Index analysis of the carol “The Twelve Days of Christmas”, which was released Monday.

The index is a whimsical way the Pittsburgh-based bank tracks inflation.

The set of gifts spelled out in the final verse of the song would cost about 0.6 percent more this year than than the adjusted 2014 price of $33,933. PNC decided to adjust the historic prices of turtle doves and swans after realizing the prices quoted by vendors didn’t reflect the birds’ overall value on the open market over the years.

While the good news is that the price of consumer goods isn’t rising very much, it also means demand for those goods is down, at least partly due to wage stagnation.

The government’s Consumer Price Index has pegged inflation at about 0.2 percent, Dunigan said.

The only other items to increase in price since last year were a partridge in a pear tree and two turtle doves.

Turtle doves increased 11.5 percent, from $260 to $290, mostly due to increased grain prices that pushed up feed costs.

The lords a-leaping are more expensive because labor costs increased their price from $5,348 to $5,509.

PNC calculates the prices from sources including retailers, bird hatcheries and two Philadelphia dance groups, the Pennsylvania Ballet and Philadanco.

A buyer who purchased all the items each time they are mentioned in the song would spend $155,407.18.

The full set of prices: