Here's the classics added to this year's National Film Registry... - The Horn News 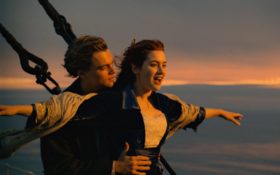 A band of misfits known as the Goonies, a sinking ship, some baseball ghosts and the unrelenting New York cop are being added to the prestigious National Film Registry.

The Library of Congress announced Wednesday that the films “The Goonies,” ″Titanic,” ″Field of Dreams” and “Die Hard” are among the 25 movies tapped for preservation this year.

The library selects movies for preservation because of their cultural, historic or artistic importance.

This year’s picks bring the total number of films in the registry to 725. Last year, “The Breakfast Club,” ″The Princess Bride” and “Who Framed Roger Rabbit” and “Thelma & Louise” were picked.