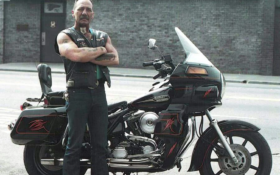 Ralph “Sonny” Barger has had national attention since founding the Oakland chapter of the infamous Hell’s Angels Motorcycle Club (HAMC) in 1957.

Barger, 83, died in California on Wednesday, according to a statement on his Facebook page. The statement revealed that he “passed peacefully after a brief battle with cancer.”

While with HAMC, Barger became associated with the 1960s counterculture flourishing in nearby San Francisco. He spoke frequently to New Journalist Tom Wolfe and Gonzo journalist Hunter S. Thompson. In fact, Barger was reportedly present at The Rolling Stones show in Altamont, where a Hell’s Angel stabbed a concertgoer.

He dealt with legal troubles in the subsequent decades. In 1973, he was convicted for narcotics possession with intent to distribute. He faced another conviction in 1988 for conspiracy. All in all, he spent about eight years in prison, excluding his time on parole.

In later life, he conducted interviews and appeared in television programs like Sons of Anarchy.

Take a look at a recent interview posted on his website —

He said he underwent a laryngectomy in the 1980s amid a diagnosis of throat cancer. He also revealed in a recent interview that he has also been suffering from prostate cancer, prompting doctors to remove the organ.

If you are reading this message, you’ll know that I’m gone. I’ve asked that this note be posted immediately after my passing.

I’ve lived a long and good life filled with adventure. And I’ve had the privilege to be part of an amazing club.

Although I’ve had a public persona for decades, i’ve mostly enjoyed special time with my club brothers, my family, and close friends.

Please know that I passed peacefully after a brief battle with cancer.

But also know that in the end, I was surrounded by what really matters: My wife, Zorana, as well as my loved ones.