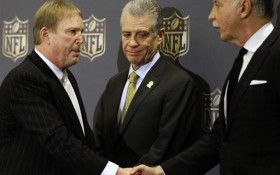 In St. Louis, there is little joy today. It was announced that the city’s beloved football team, the Rams, are moving back to Los Angeles in 2016.

And they may not be the only team on their way to the City of Angels.

Either the San Diego Charges and Oakland Raiders could be heading that way soon.

Of course, the Chargers and Raiders might end up staying put, too. The leadership of both teams didn’t come close to making that commitment Tuesday night.

A long day of votes and re-votes ended with 30 of 32 NFL owners approving Rams owner Stan Kroenke’s ambitious plan to move his team from St. Louis to the site of the old Hollywood Park racetrack in Inglewood, California, about 10 miles from downtown LA. The Chargers have a yearlong option to join the Rams, followed by the Raiders if the San Diego franchise declines.

The Raiders and Chargers had a competing proposal to share a new stadium in nearby Carson, but neither option got the 24 votes needed for approval. After another negotiating session in the afternoon, Kroenke’s $1.8 billion project prevailed.

The decision ends the NFL’s 21-year absence from the nation’s second-largest media market.

“I often said over those 21 years what we need is a great facility,” Commissioner Roger Goodell said at a news conference about 11 hours after the meetings began. “I think what happened over the last years is we had two outstanding opportunities, both of these stadium projects were outstanding.” 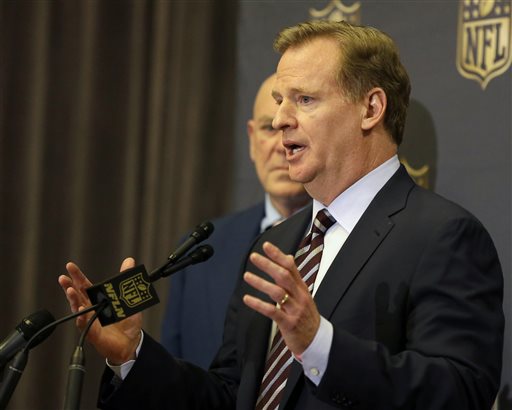 Chargers chairman Dean Spanos was asked if he intended to play in Los Angeles in 2016.

“I’m going to take a day off tomorrow I think,” Spanos said. “This has really been excruciating for everyone. It’s very difficult to say right now I’m going to do this or do that.”

Oakland is still in debt from a renovation 20 years ago when the Raiders moved back from Los Angeles. City officials have said they won’t seek help from taxpayers with a new stadium, and asked the NFL for more time to develop a project in a response to the Raiders’ relocation plan. The NFL gave it to them.

“We’ll see where the Raider nation ends up here,” said owner Mark Davis, who was equally noncommittal in comments to reporters outside the news conference. “We’ll be working really hard to find us a home. So for our fans and everything else, don’t feel bad. We’ll get it right.”

Ray Perez, a 28-year-old Raiders fan from Sacramento who goes by the moniker Dr. Death, traveled to the Houston meeting in his usual Black Hole garb and was cautiously optimistic after hearing the news. 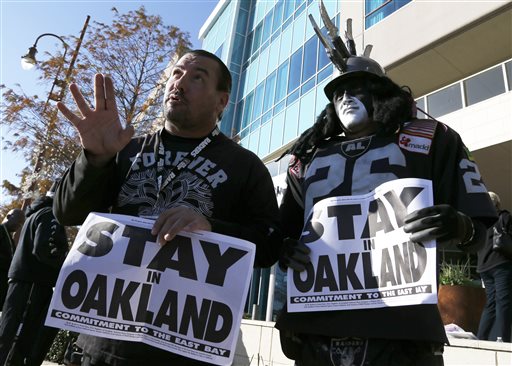 “I will not be completely, fully thrilled until the ink dries on paper and we know we’re staying in Oakland in a new stadium,” Perez said. “I’m very happy, very happy. But I’m not going to be overjoyed until we sign a stadium deal to keep the Raiders in Oakland with our own stadium.”

The Chargers play 120 miles south of Inglewood in aging Qualcomm Stadium. The Raiders played in Los Angeles from 1982-94 and currently split a facility with baseball’s Athletics, the last remaining combination stadium.

The Rams — based in the LA area from 1946-94 — will likely have a temporary home at the Los Angeles Coliseum until the new stadium is ready in 2019. It’s unclear where the Chargers would play if they move.

San Diego Mayor Kevin Faulconer says the city and county will negotiate with the Chargers, but “are not interested in a charade by the Chargers if they continue to pursue Los Angeles.” 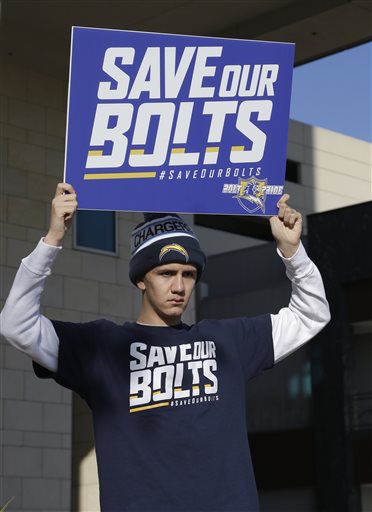 St. Louis had a plan for an open-air, $1.1 billion stadium along the Mississippi River north of the Gateway Arch to replace the Edward Jones Dome. But Kroenke mostly ignored the city’s overtures, and Goodell said the requirement of at least $200 million from the NFL was double what league policy allowed.

Kroenke also has said St. Louis’ economy makes it difficult for an NFL franchise to thrive there.

“We understand the emotions involved of our fans,” he said. “We made a decision and worked long and hard at the various alternatives. When they didn’t succeed, we worked this one to this point.”

The last NFL franchise to move was the Houston Oilers — led by current Rams coach and California native Jeff Fisher — to Tennessee in 1997. The Raiders and Rams both left Los Angeles after the 1994 season.

“It is troubling that the league would allow for the relocation of a team when a home market has worked in good faith and presented a strong and viable proposal,” Missouri Gov. Jay Nixon said. “We will review the NFL’s decision thoroughly before determining what next steps to take.”

Goodell offered the first signal the NFL might be intent on making a decision it delayed six weeks earlier in the Dallas area. Days before the Houston meeting, he issued a report to all 32 teams that deemed the venues in all three existing cities inadequate and questioned the stadium proposals.

The relocation agreement gives the Chargers and Raiders $100 million each if they build new stadiums in their current markets, but a stadium plan is required within a year.

The Rams also have to wait at least a year to negotiate naming rights on the new stadium unless they reach a deal with a second team before then.

“It’s been going on for like two years that we’ve been working on this,” said Houston owner Bob McNair, who beat out Los Angeles in a bid for an expansion franchise that debuted in 2002. “We’re quite pleased with the outcome and look forward to the development of a real NFL campus out in Los Angeles.”