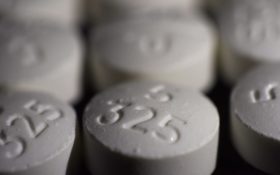 U.S. health officials on Thursday approved the first injectable form of the leading medication to treat patients recovering from addiction to heroin, prescription painkillers and other opioids.

The Food and Drug Administration approved once-a-month Sublocade for adults with opioid use disorder who are already stabilized on addiction medication.

The monthly injection has the potential to reduce dangerous relapses that occur when patients stop taking the currently available daily medication. But that benefit has not yet been shown in studies and the new drug comes with a hefty price: $1,580 per monthly dose. The older version of the drug, Suboxone, costs $100 a month.

The approval comes amid the deadliest drug epidemic in U.S. history and a longstanding gap in medication-based treatment for patients recovering from addiction to opioids, including painkillers like OxyContin and illegal narcotics like heroin and fentanyl. More than 64,000 Americans died from drug overdoses last year, most involving opioids.

The new injection has potential to reduce abuse and diversion of buprenorphine, which is itself an opioid sometimes sold on the black market. The FDA is requiring Indivior to conduct follow-up studies on the drug.

Roughly 2.4 million Americans are currently addicted to the opioids, according to federal figures, and about 1.1 million are receiving drug therapy to treat the condition. Indivior’s Suboxone is the most widely used drug, though access has long been limited by gaps in insurance coverage, caps on prescriptions and training requirements for would-be prescribers.

The FDA last year approved an implantable pellet version of buprenorphine that releases the drug over six months. Other opioid abuse medications include methadone and naltrexone, an injection approved to treat opioid and alcohol addiction.

FDA Commissioner Scott Gottlieb has pledged to promote all available forms of medication-based addiction treatments. He has stressed that some patients may need to take the medications for life.

While studies show patients on medications like buprenorphine cut their risk of death by half, some recovery groups favor abstinence-only approaches to treatment.