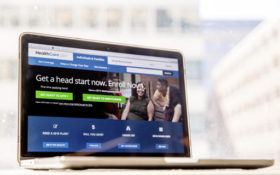 The Obama administration is giving consumers a few extra days to sign up on HealthCare.gov in time for health insurance coverage to take effect Jan. 1.

The unexpected extension was announced after close of business Thursday. Counihan said it’s due to strong interest.

The old deadline was Thursday.

The Obama administration has set a goal of signing up 13.8 million people for 2017, a modest increase. So far enrollment is running about on par with last year, but the share of new customers is down.

President-elect Donald Trump and the GOP Congress have vowed to repeal and replace the 2010 health care law.