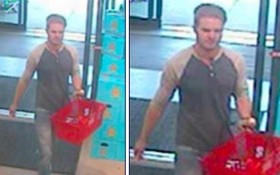 Police say they’ve taken a lunatic into custody after he admitted to spraying a contaminant that officials believe contained mouse poison on unpackaged food at several Michigan grocery stores.

An investigation indicated the man sprayed a mixture of hand sanitizer, water and mouse poison on produce and open food bars at a minimum of three Ann Arbor stores within the last couple of weeks, the FBI announced Tuesday.

He also visited other stores in Ann Arbor and several other Michigan cities, the state said. By Wednesday afternoon, food inspectors said they had visited all 15 stores and found no evidence of further problems.

Officials warn, however, that he may have hit other stores they’re not aware of. Out of “an abundance of caution,” they have encouraged customers to throw away food from salad bars, olive bars and ready-to-eat hot and cold food areas bought at the affected stores between mid-March and the end of April.

The FBI has not yet released the man’s identity.

He was taken into custody Tuesday following tips from the public after the FBI released images of him taken from surveillance footage. No charges have been filed and the man’s motive isn’t known, FBI spokeswoman Jill Washburn said in an email Wednesday.

State officials say an investigation revealed the chemicals found in some formulations may include a neurotoxin called Bromethalin, but they don’t anticipate serious health effects for those who may have eaten contaminated food.

“Although most of these types of foods may have already been eaten or disposed of, some may still be in refrigerators or freezers,” said Jamie Clover Adams, director of the Michigan Department of Agriculture and Rural Development.

The man is believed to have used the spray at Whole Foods, Meijer and Plum Market locations in Ann Arbor, said the FBI, which is working with Ann Arbor police on the case.

The state released a list of over a dozen other stores that the man may have targeted, including others in Ann Arbor and stores in Flint, Midland, Birch Run and Saline.

Yahoo! reported the list of stores are as follows: