Vote Now! Who should replace Jackson on the $20? - The Horn News 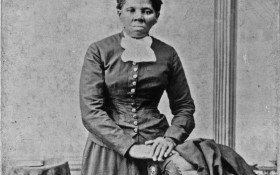 A Treasury official says Secretary Jacob Lew has decided to put Harriet Tubman on the $20 bill, making her the first woman on U.S. paper currency in 100 years.

The official, who spoke on condition of anonymity in advance of Lew’s official announcement, says that the 19th century abolitionist and leader of the Underground Railroad, would replace the portrait of Andrew Jackson, the nation’s seventh president.

The decision to place Tubman’s portrait on the $20 likely means that Lew has decided to keep Alexander Hamilton on the $10 bill, a victory for those who had opposed his initial plan to remove Hamilton.

CNN, quoting a senior government source, said that women will also be honored on the $10 bill with a mural-style depiction of the suffrage movement that will replace the current drawing of the Treasury building.

The addition of a woman to the $20 bill has widespread bipartisan support, but the Tubman selection isn’t without some controversy. Opponents of the choice have pointed out that Tubman was suspected of being involved in helping organize radical abolitionist John Brown’s violent attack on Harper’s Ferry that killed one U.S. Marine and half a dozen civilians.

Do you agree with the choice? Or do you have someone else you’d prefer?