Harper Lee, author of "To Kill A Mockingbird," dies - The Horn News 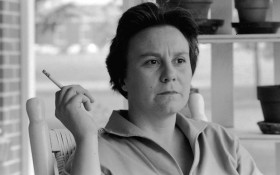 As a child, Lee attended elementary school and high school just a few blocks from her house on Alabama Avenue. In a March 1964 interview, she offered this capsule view of her childhood: “I was born in a little town called Monroeville, Alabama, on April 28, 1926. I went to school in the local grammar school, went to high school there, and then went to the University of Alabama. That’s about it, as far as education goes.”

She moved to New York in 1949, where she worked as an airlines reservations clerk while pursuing a writing career. Eight years later, Lee submitted her manuscript for “To Kill a Mockingbird” to J.B. Lippincott & Co., which asked her to rewrite it.

On July 11, 1960, Lee’s novel was published by Lippincott with critical and commercial success. The author won the Pulitzer Prize for fiction the following year.

The film adaptation of the novel, with Mary Badham as Scout, opened on Christmas Day of 1962 and was an instant hit.

Harper Lee suffered a stroke in 2007, recovered and resumed her life in the hometown where she spent many of her 89 years. A guardedly private individual, Lee was respected and protected by residents of the town that displays Mockingbird-themed murals and each year stages theatrical productions of “To Kill a Mockingbird.”

Lee returned to Monroeville for good once her sister Alice became ill and needed help. She’d eat breakfast each morning at the same fast-food place, and could later be seen picking up Alice from the law firm founded by their father.

Services for Lee have not been announced.