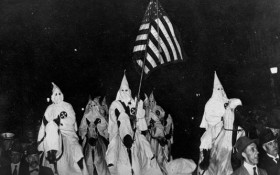 The hacker group Anonymous recently released the beginnings of what it claims are email addresses and phone numbers of 1,000 active Klu Klux Klan members. The release caused a media firestorm when politicians, including mayors of American cities, appeared on the list.

As the dust settles, however, it’s becoming clear that this list is completely bogus.

Many of the phone numbers listed aren’t active, and some of those that are active are not personal numbers but instead go to phone banks, which make a large amount of outgoing calls for a telemarketer.

Another damning reason that many are doubting the list is the inclusion of Knoxville, TN Mayor Madeline Rogero. Rogero has a bi-racial family, which seemingly wouldn’t make her a very good recruit for the Klan.

“It is irresponsible and slanderous,” Rogero said of the accusations, “Although, on a positive note, I do appreciate that they are using a picture of me from 12 years ago. Very flattering!”