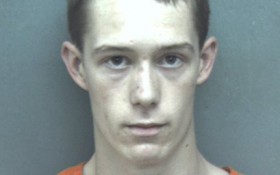 Chilling details behind the murder of a 13-year-old in Virginia have begun to emerge, and the story behind how two college students allegedly planned the murder is horrifying.

But it appears that neither of the two alleged killers will face the ultimate justice — there has, so far, been zero talk of the death penalty.

The two Virginia Tech students carefully planned the kidnapping and killing of Nicole Lovell, buying cleaning supplies and a shovel at separate Wal-Mart stores, and then hiding her body in the trunk of a Lexus, a prosecutor alleged on Thursday.

Montgomery County Commonwealth’s Attorney Mary Pettitt described how authorities believe David Eisenhauer and Natalie Keepers plotted the stabbing death of Lovell, a seventh-grader who used social media as an escape from bullying at school after surviving a liver transplant and other health scares that left her with a disfiguring scar.

Pettit did not suggest a possible motive in court, or describe the killing itself, but said messages on the girl’s phone led police to the college freshmen. She said they decided together that Eisenhauer would cut the girl’s throat.

Keepers spoke in court as well, telling the judge that she began cutting her own body after being bullied in school, and has been on Prozac and in therapy since then. Her lawyers argued that her mental health will unravel behind bars.

But the prosecutor urged the judge to keep her jailed. While Keepers is adamant that she was not present at the killing, she “is in the same position as the person who carried out the murder,” Pettitt said.

Eisenhauer initially denied his involvement when police found his messages on Nicole’s phone, but eventually admitted driving to the girl’s home and watching her climb out of her window, Pettitt said.

Eisenhauer told authorities he greeted the girl with a side hug, and then brought her to Keepers, Pettitt said.

The 18-year-old distance runner at Virginia Tech is jailed without bond on charges of kidnapping and first-degree murder. The police report on his arrest Saturday says he told officers: “I believe the truth will set me free.”

Keepers, 19, is charged with being an accessory to kidnap and murder before and after these crimes, and accused of helping her fellow engineering major dispose of the body at a remote spot in North Carolina, two hours south of campus.

Nicole was being remembered Thursday at a private funeral.

By all accounts, she was a lovely but awkward girl, clinging to childhood ways while also telling 8-year-old friends she planned to sneak out to meet her 18-year-old “boyfriend,” a man named David whose picture she displayed on her phone.

Police said she probably carried her “Minions” blanket with her when she vanished.

Like others her age, Nicole was tech-savvy, posting on Facebook and chatting using the Kik messenger app. But she also had to take daily medicine to keep her transplanted liver from failing, and survived other harrowing health problems that left her with a tracheotomy scar in her neck. 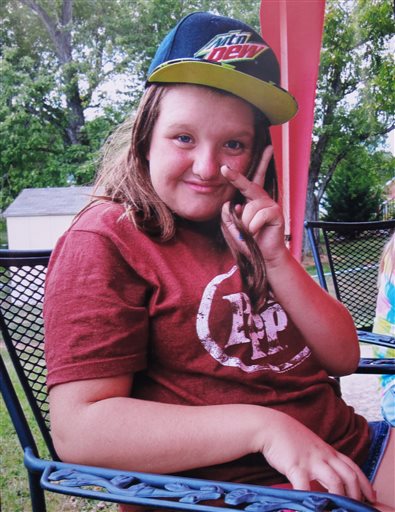 In this 2015 photo provided by Tammy Weeks, her daughter, Nicole Lovell, flashes a peace sign in Blacksburg, Va. The 13-year-old girl was found dead just across the state line in Surry County, N.C., and two Virginia Tech students are charged in the case. (Tammy Weeks via AP)