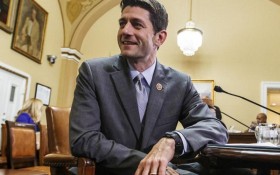 House Republicans have targeted ObamaCare for years. Now, one of their most ambitious plans yet looks to completely replace the U.S. healthcare system — and it could mean big changes for large parts of Medicare and Medicaid.

The GOP unveiled its large proposal Wednesday as a showcase on how they would repeal and replace President Barack Obama’s health care law.

The plan relies on individual tax credits to allow people to buy coverage from private insurers, and includes other largely familiar GOP ideas such as medical liability reform and expanding access to health savings accounts. It proposes putting $25 billion behind high-risk pools for people with pre-existing conditions and for others, and transforming the federal-state Medicaid program for the poor by turning it into state block grants or individual per-capita allotments to hold down spending.

Details also include various ideas aimed at shoring up the Medicare health insurance program for seniors, including gradually increasing the retirement age and ultimately giving beneficiaries a choice of private plans to choose from in competition with the existing fee-for-service model.

“If there’s a surprise in the plan, it’s that Republicans included elements of [Speaker Paul] Ryan’s controversial proposals to overhaul Medicare and Medicaid,” The Atlantic reported Wednesday. “Over the last few months, a consensus emerged among lawmakers that they could not propose to fix the health-care system without touching the main drivers of federal spending and debt—entitlement programs.”

Critics say the 37-page white paper leaves some key questions unanswered, including the size of the tax credits, the overall price tag of the plan, and how many people would be covered. Republican aides said it’s intended as an overall roadmap showing how the GOP would approach undoing and replacing Obama’s health law with a Republican in the White House, and specific legislative details would be answered as the actual bills are written next year.

As such it is an aspirational document like the rest of Ryan’s “Better Way” agenda, a six-topic blueprint that the speaker has been rolling out this month at carefully choreographed events. Ryan was to present his health care proposals alongside several House committee chairmen Wednesday afternoon at the American Enterprise Institute, and a tax plan was coming Friday.

“Obamacare set America on a path that leads to a larger government having a greater role in how health care decisions are made. Today we are proposing a new approach,” the report’s authors wrote. “This report is the beginning of the conversation, not the end.”

The House GOP health care plan comes six years after the Affordable Care Act became law, requiring nearly all Americans to carry health insurance and employers to offer it. The law’s mandates and tax increases have stoked endless controversy and opposition from the GOP.