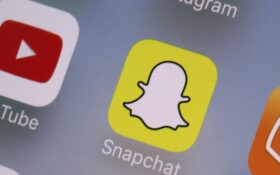 On Tuesday the Senate heard testimonies from Big Tech executives, in the wake of the Facebook whistleblower’s testimony two weeks ago. A Senate panel interrogated executives from YouTube, TikTok, and Snapchat… and one senator went especially hard on Snapchat.

According to Lee’s testimony, his staff made a Snapchat account for a teenager and then became bombarded with lewd advertisements.

Lee began this interrogation by asking Stout about the age guidelines on Snapchat. Stout assured him, “Senator, the content that appears on Snapchat is appropriate for an age group of 13 and above.”

Lee wasn’t satisfied. He fired back:

Let’s talk about that for a minute, because I beg to differ.

In anticipation of this discussion and this hearing, I had my staff create a Snapchat account for a 13-year-old, for a 15 year old child. Now, they didn’t select any content preferences for the account. They simply entered a name, a birth year, and an email address.

Now, let me remind you that this inappropriate content that has by default been recommended for a 15-year-old child is something that was sent to them by an app just using the default settings. So, I respectfully but very strongly beg to differ on your characterization that the content is in fact suitable for children 13 and up, as you say.

Now, according to your own website, Discover is a list of recommended stories. So, how and why does Snapchat choose these inappropriate stories to recommend to children. How does that happen? How would that happen?

Lee accused Snapchat of ignoring the issue at hand.

Stout responded by discussing Snapchat’s difficulties with content moderation. “This is an area where we’re constantly evolving,” she said. “We use a variety of human review as well as automated review, and so I would very much be interested in talking to you and your staff about what kind of content this was, because, if it violates our guidelines, that kind of content would come down.”

After that, Lee ran out of time and pivoted to a question about selling demographic data to digital advertisers.