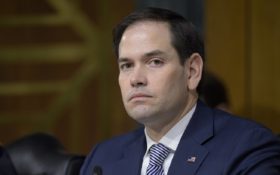 Republican Congresswoman Kristi Noem says the child tax credit has been expanded for low-income families in an effort to win Sen. Marco Rubio’s support for a sweeping tax package.

The tax package would double the per-child tax credit from $1,000 to $2,000. The bill originally made a portion of the credit — $1,100 — available to families even if they owe no income tax. Noem says that amount has been increased to $1,400. Rubio said he wanted the $1,100 figure increased, but he did not say by how much.

Low-income taxpayers would receive the money in the form of a tax refund, which is why it’s called a “refundable” tax credit.

Noem, of South Dakota, said the change should win Rubio’s support but she had not heard directly from him.