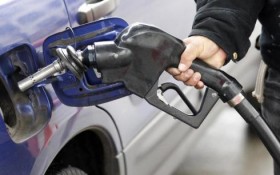 For the first time since 2004, U.S. drivers are expected to pay an average of less than $2 a gallon for gasoline, the government said Tuesday.

They can thank the huge glut of oil around the globe.

The U.S. Energy Information Administration said in its monthly short-term energy outlook that regular gasoline will average $1.98 a gallon nationwide in 2016. The last time oil averaged less than $2 for a full year was 2004, which was also the last time gasoline at stations in some states fell below $1 a gallon.

The pump savings are a direct result of the 70 percent collapse in crude oil prices since mid-2014. Earlier Tuesday, the International Energy Agency said the supply of oil is set to outpace demand again this year, keeping a lid on any expected price increases. Global supplies could exceed demand by as much as 2 million barrels a day in the first quarter, the agency said.

“If these numbers prove to be accurate, and with the market already awash in oil, it is very hard to see how oil prices can rise significantly in the short term,” the IEA said.

Fueled by low prices, and an improving job market, consumption of gasoline in the U.S. rose by 2.6 percent last year to 9.2 million barrels a day, the highest level since 2007, the government said. The EIA estimates that the average U.S. household saved $660 on gasoline in 2015.