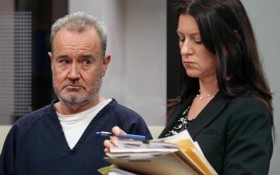 What a blockhead. The former child actor who was the voice of Charlie Brown in beloved “Peanuts” TV specials has pleaded guilty to making criminal threats.

Robbins said the threats stem from his bipolar disorder and paranoid schizophrenia.

Two years ago, Robbins pleaded guilty to threatening a former girlfriend and her plastic surgeon.

From age 9 to 13, Robbins was the voice of Charlie Brown in a series of 1960s animated classics, including “A Charlie Brown Christmas” and “It’s the Great Pumpkin, Charlie Brown.”