Good Friday celebrated around the world (pics) - The Horn News 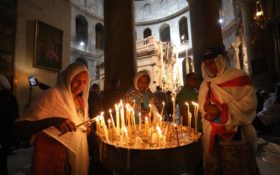 Good Friday is a time when Christians worldwide come together and commemorate the crucifixion of Jesus Christ. Celebrations are taking place across the globe to celebrate what most Christians consider the most momentous weekend in history.

Christians from all different countries are in Jerusalem commemorating the crucifixion by following the path in the Old City where, according to tradition, he walked on the way to the cross.

The Good Friday procession passes along the Way of the Cross, or Via Dolorosa, with 14 stations, each marking an event that befell Jesus on his final journey.

Rituals center on the ancient Church of the Holy Sepulcher, where Christian tradition says Jesus was crucified and buried before his resurrection on Easter Sunday.

Festivities were marred by violence, however, when a Palestinian stabbed a woman from Britain to death near the Old City. 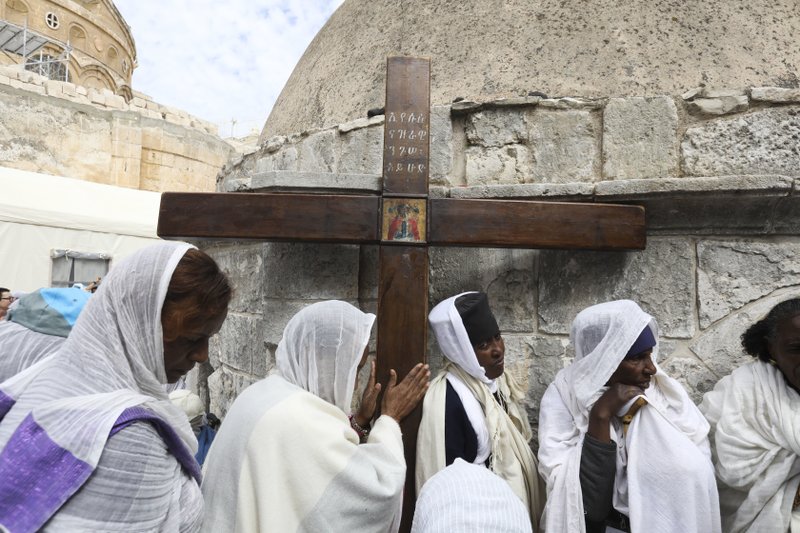 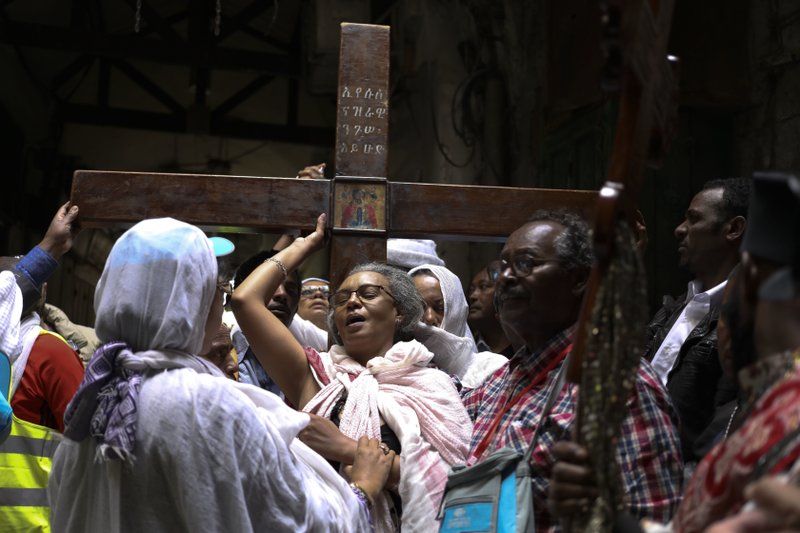 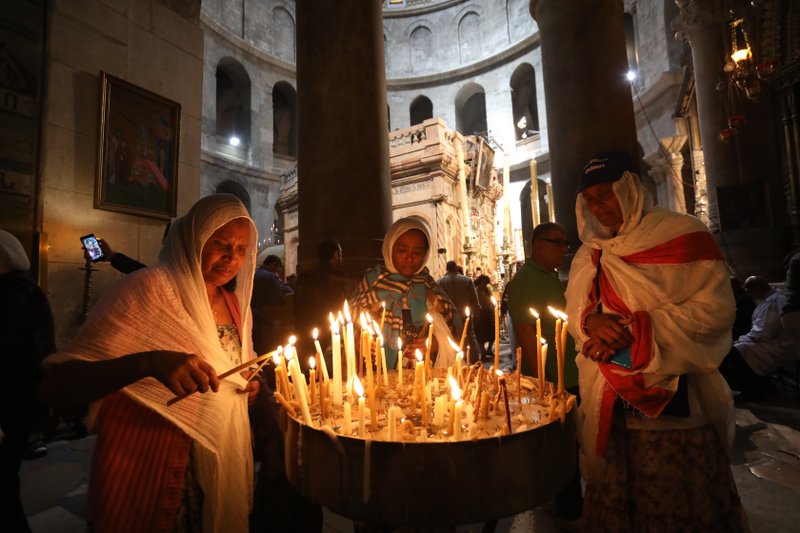 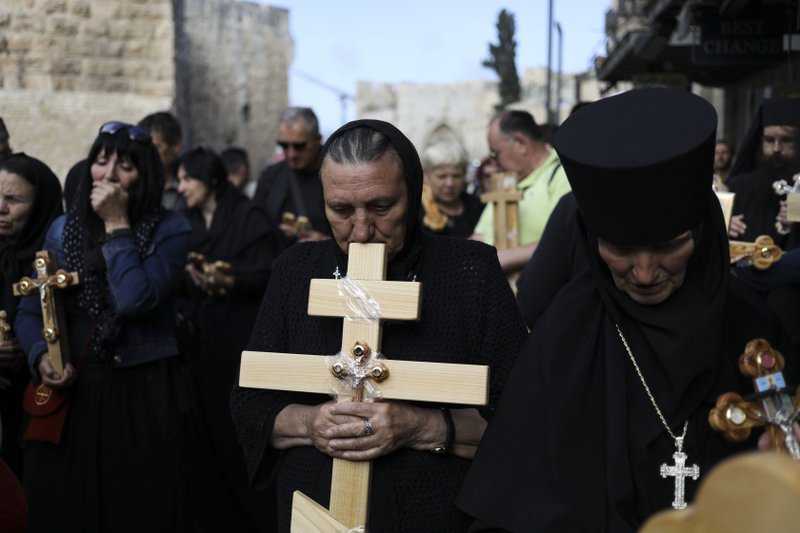 One of the more intense celebrations takes place in the Philippines, where several Filipino devotees were nailed to crosses in a re-enactment of a Good Friday ritual, which one of the men dedicated to the victims of the deadly bombings of two churches in Egypt.

Ruben Enaje, 57, who has been re-enacting Jesus Christ’s suffering and death for the past 31 years, said he always prays for the health of his family during the ritual. But this time he added the victims of the Egyptian attacks, which killed 45 people and wounded dozens on Palm Sunday.

“As long as we trust in the Lord, praying fervently, it’s never too far that the Lord won’t listen,” Enaje said after he was briefly nailed by the hands and feet, grimacing in pain.

The gory spectacle reflects the Philippines’ unique brand of Catholicism, which merges church traditions with folk superstitions. Many of the mostly impoverished penitents undergo the ritual to atone for sins, pray for the sick or for a better life, and to give thanks for what they believe were God-given miracles. 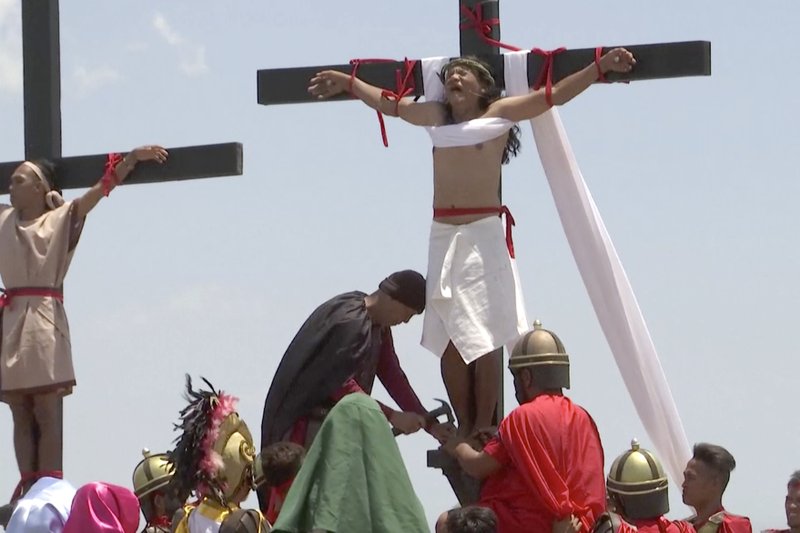 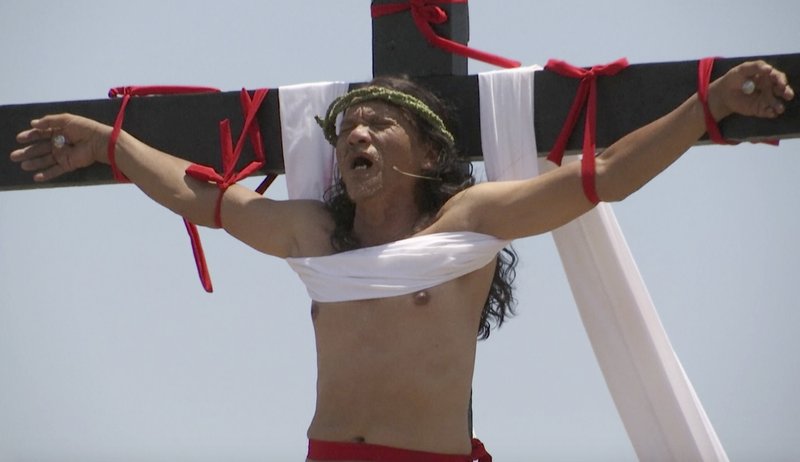 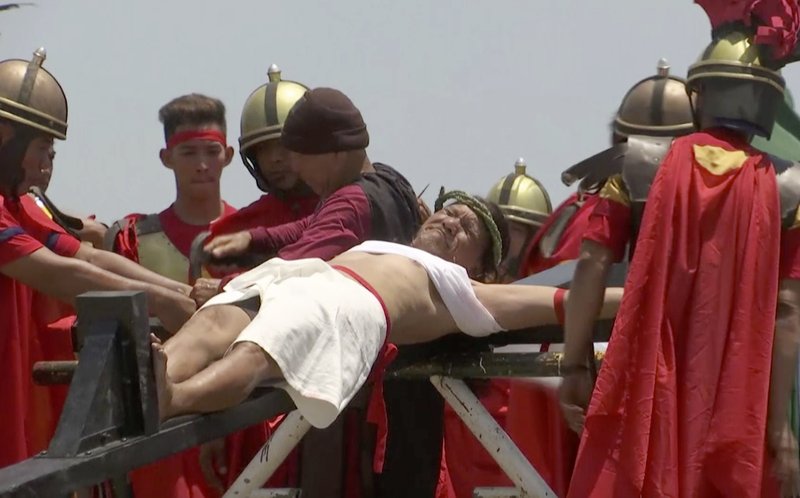 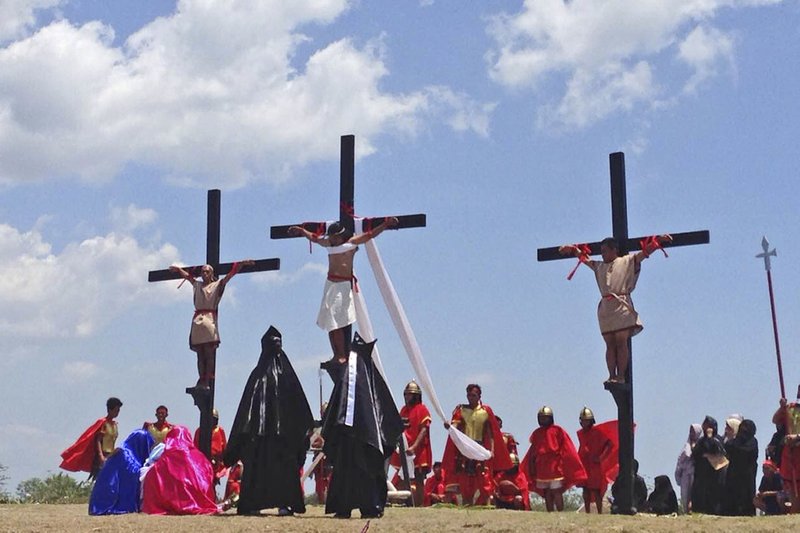 There are more traditional celebrations in America, with large groups gathering in prayer and neighbors performing kind deeds for one another.

People have lined the hillside stairs to a church from bottom to top in the Cincinnati tradition of “praying the steps” on Good Friday.

The faithful started gathering well before sunrise at the Holy Cross-Immaculata Church . The tradition was originally encouraged by a 19th century Roman Catholic archbishop and has been practiced for more than 150 years.

There are some 100 steps, depending on where participants start. Some pray the rosary at each step, some offer their own personal prayers, and others simply stop and reflect on the crucifixion of Jesus Christ or anything else. The parish welcomes non-Catholics and even non-religious people to take part.

They can attend afternoon services, and the day includes another Good Friday tradition: a parish fish fry.

In Detroit, a church is celebrating Good Friday by providing free gas and oil changes to the city’s residents for the second year in a row.

The Detroit News reports that the New Life Family Church is holding its annual $10K Gas Giveaway starting Friday at 9 a.m. People in Detroit will be able to get free gas at a BP Gas Station on Eight Mile as well as free oil changes at City Oil Change.

The fuel will be distributed on a first-come, first-serve basis.

Church coordinators say the aim is for the 10-year-old congregation to make sure at least 500 residents in Detroit have a good Friday.

In Chicago, the Archbishop will lead a Walk for Peace through the Englewood neighborhood on Good Friday.

Cardinal Blase Cupich has invited Chicagoans to join him in tracing the Stations of the Cross and pausing along the way to remember the victims of violence. Pope Francis pledged to accompany participants in prayer as he walks the Way of the Cross in Rome’s Colosseum that day.

A statement from the archdiocese says the walk has been organized as an opportunity for people to come together and demonstrate the power of peace through prayer in the wake of continued violence in the city.

The walk will begin at 10:30 a.m. Friday in front of St. Benedict the African Church.

Wherever around the world you are, we at The Horn News wish you a blessed Good Friday.